Today Dr. Duke and British author and activist Mark Collett discussed the results of the British election. Labour’s Jeremy Corbyn had a stronger than expected showing, but it appears the zombie-like Theresa May will stagger on in office, continuing to flood the country with Muslim immigrants while pushing policies that force white people to subsidize their own replacement. 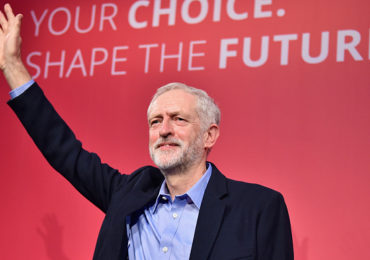 They also talked about the hypocrisy of Jewish Israel banning marriages between Jews and non-Jews, and even banning a novel by a  woman who included a romantic relationship between a Jew and an Arab in her story. (Please see below.)

Next Post In the midst of Anglo Saxon genocide, a British TV host voices concerns over mixed marriages in Israel