Today Dr. Duke and Daily Stormer journalist Eric Stricker discussed a variety of issues, starting with the vicious Israeli false flag attack on the USS Liberty, killing 34 America sailors. They then went on to talk about the hearings in Washington where the Senate Intelligence Committee is questioning former FBI Director Comey about the crazy idea that Donald Trump is a Russian agent. 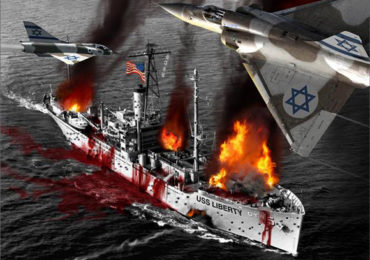 They also talked about developments in the Middle East, where Zionist forces are pushing for a Saudi-led Arab coalition to attack Qatar and eventually Iran.

Previous Post June 8 was the 50th anniversary of the vicious Zionist attack on the USS Liberty, killing 34

Next Post Dr. Duke & Mark Collett on the UK elections and exposing the Jewish supremacist Zionist domination of the UK, the EU and the West!