Search by category:
by Dr. Patrick Slattery April 25, 2017 1,909 Views
Share:
Download
Today Dr. Duke devoted the show to speaking out against the attack on our heritage and history as part of the overall effort to replace the European Americans majority in America with a multi-ethnic mix that can easily be dominated by the Jewish ruling elite. He drew on George Orwell’s novel “1984,” which stated that “he who controls the past controls the future.” 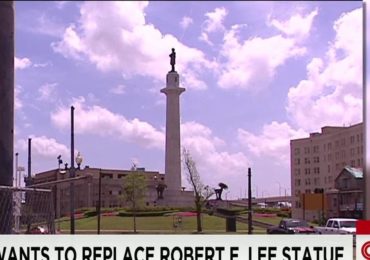 Thus our Jewish overlords and their multicultural stooges want to remove Confederate statues not so much to deprive us of heroes but to vilify our heroes and our people by extension. American history as taught by tax-payer funded public schools is nothing more than a history of heroic non-whites in their struggle against evil whites. Demoralized whites who have come through the system wind up being either apathetic to their demise or active participants in it, the way the Antifa are.
This is a powerful show that you won’t want to miss.