Search by category:
by Dr. Patrick Slattery April 24, 2017 1,215 Views
Share:
Download
Today Dr. Duke addressed the issue of the dismantling of the Liberty Monument last night in New Orleans. The Liberty Monument commemorated an 1874 uprising against the outrages of post-Civil War reconstructionist rule. Three other monuments are also slated for destruction. While monuments by their nature are symbolic, their destruction is an expression of domination by the new Jewish multiculturalist ruling class over the white population that founded this country. 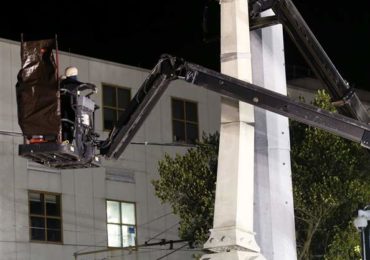 He and Dr. Slattery talked about the similarities between smashing monuments to traditional American heroes and the destruction by ISIS of the monuments left by the Roman-era ancestors of today’s Syrians. Dr. Duke pointed out that just as Jews are the power behind multiculturalism in the United States, Israel is behind ISIS, and Israeli leaders have become increasingly vocal is stating they want ISIS to defeat the Syrian government.
This is a powerful show that you won’t want to miss.