Today Dr. Duke addressed reports in the Zio media that Hezbollah is responsible for drug running in America with the Obama administration running a blind eye in order to secure the Iran nuclear deal. The DEA during the Obama administration was run by two Jews, who if anything would have opposed any Hezbollah drug running as competition for America’s Jewish drug lords. For instance, DEA Administrator Michele Marie Leonhart responded to the large increase in prescription drug overdoses (dominated by the Jewish Sackler family and their Purdue Pharaceudicals) due to the opioid crisis by reducing drug enforcement actions against pharmaceutical companies from 131 in 2011 to 40 in 2014. 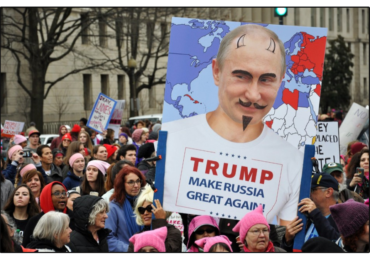 Then they went on to talk about Jewish hostility against Lebanon, Syria, Iran, and Russia, finishing the show with a list or reasons that Jews hate Russia. Please share this show widely. And the David Duke show has done more to make it possible for us to even say “Merry Christmas” than any other show. So please keep us on the air and on-line. Please visit our contribution page or send your contribution to: