Today Dr. Duke and Dr. Slattery broke down President Trump’s televised meeting with Congressional leaders over DACA. There is a great deal of alarm over President Trump’s apparent willingness to give amnesty to DACA recipients before finalizing a deal on chain immigration, the visa lottery, and the border wall. Dr. Slattery felt that Trump may be playing a dangerous game in which he signals softness on DACA in order to provoke an outcry that will rein in Republicans and keep them caving in. 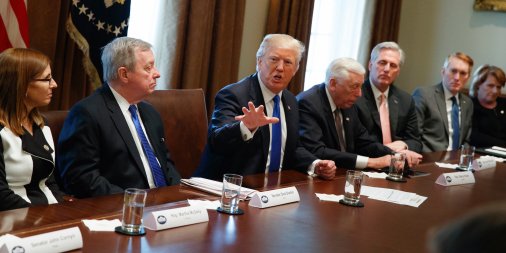 Next they moved to the Libertarian philosophy, which they see as to a large extent a Jewish creation to divert whites who reject liberal orthodoxy into a individualistic ideology that does not allow for the kind of ethnic solidarity necessary to stand up to the ultra-ethnocentric Jews.