Today Dr. Duke discussed the Jewish neocon responsibility for the insane policies that have brought America to the brink of the abyss for decades and unfortunately have not stopped with the Trump administration. He condemned the attack on the Syrian Air Force base in the strongest terms and warned President Trump to purge the Zionist infiltration of his administration if he doesn’t want his presidency and the entire country to go down in flames. 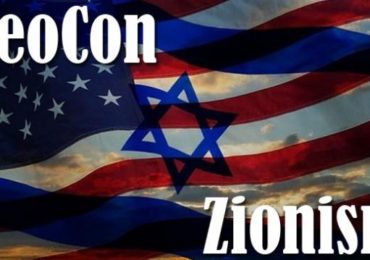 Dr. Slattery joined the show and reviewed two major Israeli policy papers from past decades, showing that the wars in Iraq, Syria, Libya, Yemen, and elsewhere are very much in accordance with Israeli priorities. Those priorities, in a nutshell, is to exploit demographic cleavages in order to territoriality break up any Middle Eastern country that opposes Israel, and this is exactly what we have been witnessing for the past 27 years.

This is an extremely powerful and informative show that you won’t want to miss.