Dr. Duke focused on Syria and ISIS today. He pointed out that Syria, a moderate secular state with a Western-educated medical doctor for a President, should not be considered an enemy to the United States. However, U.S. foreign policy over the past four years has been dedicated to overthrowing President Assad and replacing him with elements that from day one have included violent, al Qaida-linked Islamic radical extremists. Even as Assad’s opposition morphed into ISIS, which the United States claims to be combatting, American foreign policy in Syria continues to have as its primary objective the removal of Assad, whose forces are doing the vast bulk of the fighting against ISIS. 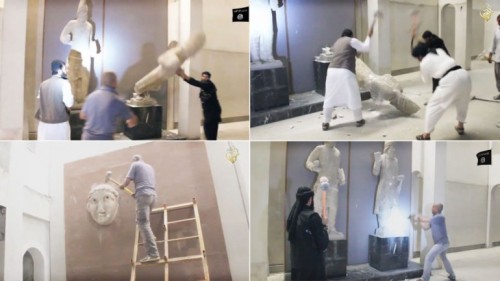 Then Dr. Duke and Dr. Slattery discuss the 1996 policy paper “A Clean Break: A New Strategy for Securing the Realm,” which was prepared for Israeli Prime Minister Netanyahu during his first term by “American” Jewish neocons led by former United States Assistant Secretary of Defense Richard Perle. That report, along with the Jewish neocon Project for a New American Century’s report titled “Rebuilding America’s Defenses: Strategies, Forces, and Resources For a New Century” spell out in “Protocols of Zion” fashion all the war, treachery, and mayhem that the world has been subjected to since 9-11. Dr. Duke also comments on how extremist Jews, who are able to maintain hatred against their enemies for thousands of years, are glad to see their ISIS allies destroy the priceless archaeological heritage in Syria and Iraq.

The information in the show contains the precious seeds of liberation and freedom. Please spread it far and wide.