Today Dr. Duke had a great show where he talked about the Orwellian aspects of the new debate over DACA and the DREAM act. He pointed out the Orwellian use of language, such as calling illegal aliens “undocumented workers” or even “dreamers.” Also, systemic discrimination against whites is euphemistically referred to as “affirmative action.’ 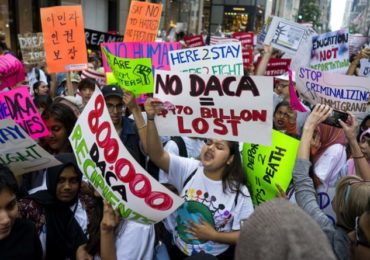 Dr. Slattery joined the show and gave examples from last night’s Fox News, where Newt Gingrich and Sean Hannity were praising President Trump for rescinding DACA because it was an unconstitutional executive order, but then calling on Congress to pass the DREAM act would were codify DACA into law. Talk about controlled opposition. At least Tucker Carlson was raising common sense objections to the contents of the policy.

This is a must watch video of David Duke on the murder of policemen in Dallas by a Black Lives Matter supporter.