Dr. Duke discusses the Jewish control of the Federal Reserve and the Jewish Oligarchs who Rule Both the Republican and Democratic Party!

Dr. Duke started the show by exposing the nature of the Federal Reserve as an institution largely independent of government control or oversight that has become a Jewish fiefdom able to pursue Jewish tribal interests without any transparency. 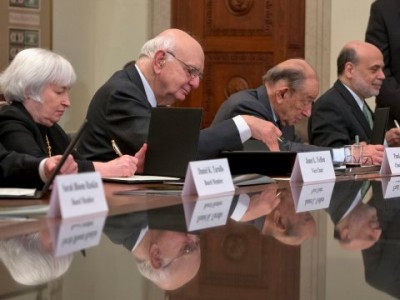 Then he brought on Dr. Slattery and they discussed the anti-democratic nature of the presidential election system. When the system works smoothly, people don’t recognize how controlled the system actually is. We get the illusion of democratic debates and processes. Of course, Jewish money and Jewish media act as gatekeepers to make sure that only kosher candidates are put before the voters, making the elections meaningless as far as the most fundamental issues are concerned. So when a non-controlled candidate like Trump does an end-run around the gatekeepers, the Zio elite has to resort to manipulating the voting process itself, shining light on the corrupt nature of the system.

This is a great show full of vital information. Please share it widely.

Previous Post Hours of Patrick Slattery with Don Advo on RBN (Just when you thought you couldn’t get enough!)