Dr Duke and Striker on Nehlen’s Jewish List & On the State of DisUnion Speech!

Today Dr. Duke had Daily Stormer journalist Eric Striker as his guest for the hour. The discussed the massive attack that Congressional candidate Paul Nehlen has come under from Jews for daring to appear on shows like the David Duke Show. Meanwhile, Atlantic Monthly editor in chief Jeffery Goldberg was a prison guard in Israel’s notoriously torturous prisons, but he was granted five interviews with President Obama. Paul Nehlen is running for the Congressional seat currently (((occupied))) by House Speaker Eddie Munster 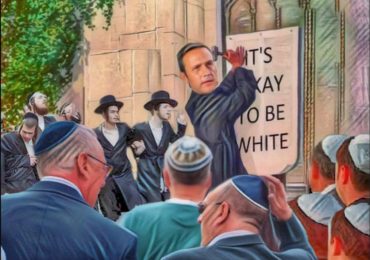 They also went into the details of President Trump’s State of the Union address, including his tax bill, his immigration proposals, and his inability to publicly give any recognition to the majority white population in this country, which is the constituency that put him in office.

Next Post The Holocaust: An Instrument of White Guilt — New Mark Collett Video