Today Dr. Duke talked about the removal of the statue of Robert E. Lee in New Orleans today. He called the removal an example of an on-going attack on the history and heritage of European Americans as part of an overall effort to marginalize and replace us in the country that we built. He also took note of New Orleans Mayor Mitch “the Bitch” Landrieu’s admission that his inspiration for the removal of the monuments to Southern heritage came from Jewish supremacists like New York Times editorialist David Brooks and former CNN CEO Walter Isaacson. 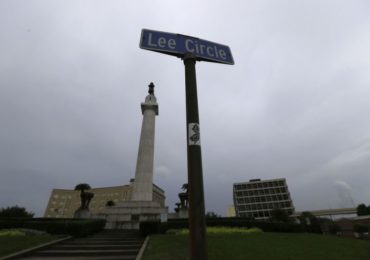 Then he brought on Mark Collett to talk about the parallels between the destruction of European American heritage and what is happening in Europe, with Englishmen having become a minority in their own capital of London, which now has a Muslim mayor. It is clear that the replacement of our heritage and populations in our own country is something plotted and implemented by the Jewish elite that has taken over our societies.