Today Dr. Duke had Daily Stormer journalist Eric Striker as his guest for the hour. They discussed the Saudi and Israeli roles in nurturing and supporting ISIS. Dr. Duke played a clip of Vice President Bidden openly stating that Saudi Arabia and other “allies” supported ISIS. They also quoted a Daily Mail article titled “Saving their sworn enemy: Heartstopping footage shows Israeli commandos rescuing wounded men from Syrian warzone – but WHY are they risking their lives for Islamic militants?” Of course, the answer to the “why” question is that Israel does not want to see ISIS defeated. 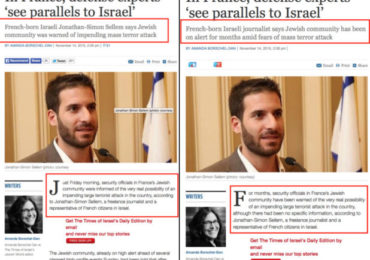 They also talked about the destruction of the monuments to historic American figures like Robert E. Lee, comparing it to the destruction of ancient monuments that ISIS is notorious for. They went on to discuss the media handling of the Seth Rich murder and the designation as “fake news” of any implication that Rich could be the source of the leaked DNC emails.

Next Post Dr. Duke & Mark Collett on the Zionist Born Terror Attacks in the UK and Why Our People Must Choose to Live or Die