Dr. Duke spelled out the real institutionalized racism in America, which takes the form of affirmative action and anti-white indoctrination. The results of this racism can be seen throughout the news these days, whether it is the tsunami of illegal aliens into America and Europe, demonstrations by affirmative action black students at Yale against the white privilege of the better qualified European American students they displaced, or the meteoric candidacy of Dr. Ben Carson. 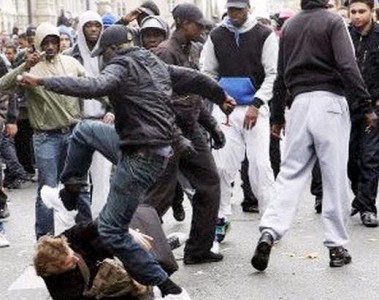 Dr. Slattery pointed out that developments have gone so far that a great number of people of various political persuasions are starting to question parts of the narratives of their pre-packaged ideologies. However, any mention of the 800-pound gorilla of Jewish power remains taboo. He suggested that perhaps the nomination or election of Bernie Sanders, a dedicated Zionist who is actually FAR LESS Zionist than Hillary or most of the Republican Sabboth Goyim, would finally make a discussion of the Jewish domination of America’s political elite possible.

This is a fascinating show that you need to share with your friends.