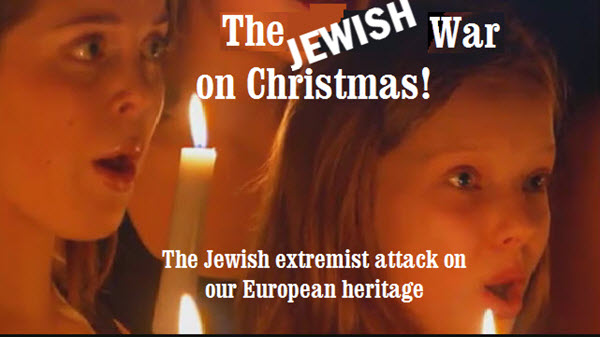 Dr. Duke and Dr. MacDonald on the Jewish War on White People & on Christmas!

Today Dr. Duke had Professor Kevin MacDonald as his guest for the hour. They talked about the uproar over the NPI conference, which was really not so much due to the roman salutes but because the Jewish question was discussed there for the first time, in particular in Professor MacDonald’s speech.

They went on to talk about the Jewish-led war on Christmas, which is part of the Jewish struggle against white Europeans in general. Professor MacDonald made the point that when whites become a minority they will be subjected to a great deal of hatred and hostility. Dr. Duke pointed out that this officially sanctioned hatred and hostility has already started even though we are still a majority.

Previous Post The Jewish War on Christmas! Christian Christmas Symbols Banned While Jewish Symbols Erected Across America! — If You Love Christmas It is Time to Defend It! The Time is Now!