Dr. David Duke – Is Trump a Zionist Shill? The Zionists Sure Don’t Think so!

Today Dr. Duke addressed accusations that Donald Trump is a Zionist shill because of certain associations he and his family have. He and Dr. Slattery pointed out that the Zionist power structure has been pulling out all of the stops in a so-far unsuccessful effort to stop the Trump train. The also took on the Zio Republicans who invoke “constitutional conservativism” in their opposition to Trump. 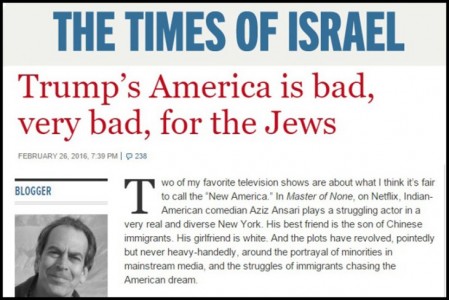 Constitutionalism and the rule of law is an important principle and a reflection of our people, but the U.S. Constitution has been completely misinterpreted into a vehicle for repressing the very people who created it. They also talked about how Zio-controlled politics works, with one side championing the Zionist domestic agenda and the other the Zionist international agenda in order to give the illusion of competition.