Dr. David Duke receives emails from all over the world in reaction to his articles, radio shows and videos. Among the letters, are some from Israel. One of these warranted a full response, and readers of this website will be interested to read it:

I am an Israeli resident and terribly bothered by the death of so many people in this war.

On the other hand, at least as I understand, Hamas is declaring they will continue fighting Israel under any conditions.

What would you expect Israel to do? i’m not here to provoke, but to truly try and understand the other side.

This e-mail was sent from a contact form on David Duke (http://davidduke.com)

Thanks for your letter. I hope it is sincere. On the assumption that you are truly trying to understand the “other side” I will attempt to offer a very short rebuttal of the Zionist position.

Perhaps, instead of being totally myopically concerned with Hamas declaring that it will fight Israel, you should attempt to understand why Hamas wants to fight Israel.

Your nation, your people and your people’s influence around the world in media, politics, finance have supported the murder, terror, ethnic cleansing of hundreds of thousands of Palestinians.

Their homes, farms and businesses have been stolen. 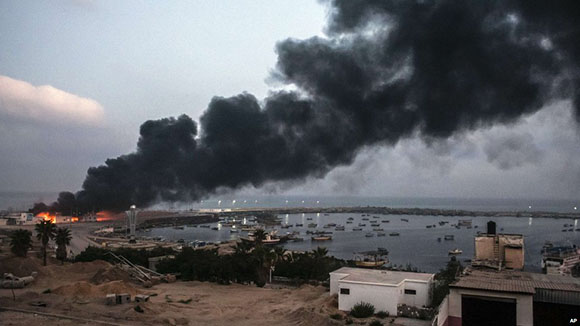 Those who have tried to resist your occupation and terror have been abducted by the tens of thousands and tortured in Israeli prisons.

You have welcomed fellow Jews from all over the world to come and take land which is not theirs and take part in a state that holds the land by murder, terror and oppression.

The very idea that in the modern world one can arrive in a territory, and then can seize it through violence and bloodshed, just because they think that their ancestors lived there 2,000 years ago, is insane and ludicrous!

If any other people on earth would commit such horrendous crimes they would be condemned and brought before the World Court for Crimes against Humanity.

In fact, much of the world does condemn Israel for its actions. But your state is protected by the American government—and that is only because the Jewish lobby controls the US’s financial, media and political infrastructure—as it does in most other western nations.  Jewish tribalist subversives have taken over most of the media conglomerates, control the biggest banks of the world (such as like Goldman Sachs), and thereby bribe and corrupt the political process.

And now in Gaza, the true face of Zionist hatred is being shown. You are literally massacring thousands of innocents. Over 1,300 people have been killed, over 7,500 have been wounded and maimed, more than half of them women and children. Thousands of homes, businesses, schools have been destroyed.

Can you understand what that means? 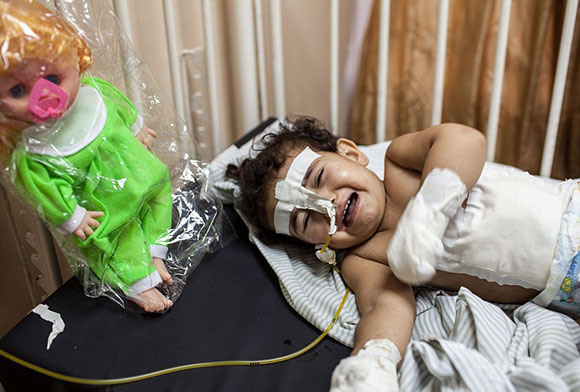 The mass media, dominated by your Zionist brothers and sisters, equate homemade rockets, of which 99.9 percent fall harmlessly, to tens of thousands of really powerful guided Israeli missiles that have taken a toll of countless thousands of Palestinian lives over the years.

Your Zio tribal friends in media put pictures of three abducted Israeli teens on the front pages all over the world, but completely ignore the tens of thousands of Palestinian teens and adults who have been abducted by the Jewish army and dragged off to prisons of torture and death.

How many Israelis have died in this latest conflict? 3 civilians and 45 members of the military who are the themselves a part of the terrorist army that mass murderers and maims thousands of Palestinians civilians.

How would you react if 3,000 Israeli children and babies had been murdered or maimed?

The most horrific Israeli weapons of mass destruction are raining down hell on the Palestinian people. It is like shooting fish in a barrel. But, they are not fish, they are human beings, blown up in their own homes and schools.

Just a few minutes ago another school was struck with 20 dead kids and 100 injured.

The leaders of Israel and its military are all guilty of war crimes, and of human rights violations on a massive scale.

And if a Jew or anyone else who supports this horrific ongoing human massacre… then you too are guilty of a deep moral crime.

That is my take on this. It is up to your own heart and mind to contemplate all of this and decide what is truly right and moral.

All  I know is that if the Jewish people were in the same circumstances: being bombed and blown up by the thousands, with hardly any ability to defend themselves, then you would say that those carrying out the murderers were the devil incarnate.

The Zionists are doing that right this moment. Are they not the Devil Incarnate?

That’s how bad it is.

What is Israel to do? You ask.

*Charge your leaders and their allies in the media with crimes against humanity.

*Prosecute and punish them yourselves.
End the Occupation!

*Remove every Jews-only stolen settlement from the West Bank.

*Recognize the Palestinian State and accord it the same sovereign rights as you want for Israel.

*Allow all the Palestinians who you terrorized and murdered back to their homes and lands that you stole, and treat them with respect.

*Compensate them for the theft, murder, torture that you have inflicted upon them!

Those things are the least you can do. And those actions would make a damn good start!

I am not proposing mass revenge here against the Jews of Israel. These points are the very minimum of Human Justice!

Thank goodness there are small percentage of Jews—far too few in number—who recognize and decry Jewish racism and terror and murder, just as they would decry those crimes in any other people.

I hope you can be one of them.