Dr. David Duke & Pastor Dankof debate whether Donald Trump is really on Our Side! Also Preview of new Duke video!

Today Dr. Duke introduced a new video in which he calls out the hypocrisy of Benjamin Netanyahu for condemning Donald Trump’s call for a temporary halt to foreign Muslim entry into the United States. Then he brought on Pastor Mark Dankof, who pointed out Donald Trump’s history of close business and family ties with Jews and his vocal support of Israel. 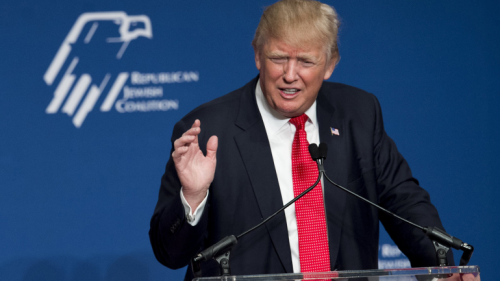 This led to an interesting discussion on Donald Trump as a wild card in the race. People who support Trump need to realize that it is based to a large degree on the hope that he will do things contrary to his past public statements and practices. At the same time, the Jewish establishment is opposing him DESPITE his history of being pro-Jewish and pro-Israel.

This is another interesting show that really puts the Trump phenomenon and the presidential race into clear perspective. Please share it with your friends and relatives.

Next Post Mark Dankof: US pushing envelope on Russia