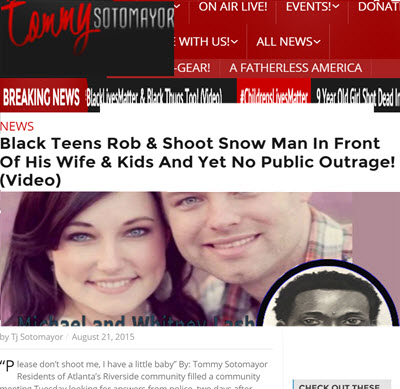 Dr. Duke had as his guest for the hour Tommy (TJ) Sotomayor, an outspoken African American radio host. They had a far-reaching discussion on the destruction of the black community due to the cultural pollution that is being spewed out by the Jewish media elite.

Their discussion covered the destructive nature of gangsta rap, the media’s active promotion of interracial dating, and crime within the black community. Dr. Duke expressed his admiration for Mr. Sotomayor and the work he is doing in bringing the truth to his African American listeners. Hopefully his message will help lessen black hatred and violence against Europeans as well as the destruction of the African American community.

This is a great show that demonstrates the potential for blacks and whites alike to recognize the common interests they have in standing up to the Jewish supremacist power structure in America. Please spread it around.