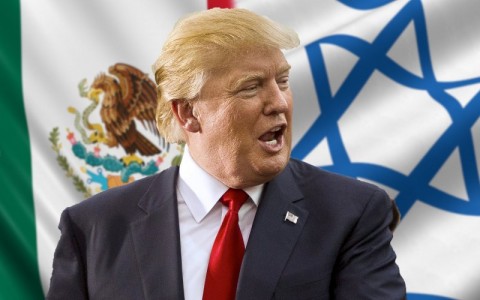 I woke up this morning with Google News alerts showing hundreds of articles in the ZioMedia with the lie that I had endorsed Donald Trump for president.

The fact is that on my radio show last week I said specifically I am not endorsing him, but that I do support his hard hitting position on the catastrophic immigration into America. I said clearly that massive immigration threatens the very foundations of the nation in the form that our forefathers built.

CNN reported accurately that I clearly said that I was not willing to make an endorsement of the Trump candidacy because of his stated absolute subservience to the state of Israel. I was quoted as saying:

But Duke did not endorse Trump and said he remains untrustworthy for his “deep Jewish connections” and support for Israel.

Another quote of me by an early news source of my show quoted me as saying that I was not at this time endorsing Trump “formally or informally.”

Furthermore, the extreme bias of the press is exposed by the headlines of the articles and distortions within them. Most of the headlines screamed Ku Klux Klan in one way or the other even though it’s been decades since I was in a nonviolent Klan organization. In an interview with the Daily Beast (formerly Newsweek) I pointed out that Sen. Robert Byrd as well as Pres. Harry Truman were also former Klansmen but they were never headlined that way by the media. I also pointed out the Jewish media’s bias by showing how Nelson Mandela was a communist leader even into his 70s and yet he was never headlined as “former communist” Nelson Mandela.

Another perfect example the biased media is the ubiquitous use of the term “white supremacist” to describe any European American who simply values his or her heritage and was to preserve it. Is one a white supremacist because he defends the most basic human rights of his own people.

For years over I have relentlessly stated my belief in the right of every people be free and independent and that every people have the right to preserve their way of life and not to be exploited or harmed by any other people. I’ve condemned any sort of racism or supremacism. The real racism is that of the Jewish dominated media and politics.

You can hear the interview I did with Gideon Resnick of the Daily Beast. I am certain that if he would have written the article and represented me the way I spoke in the interview, 90% of the people who read it would have agreed with my sentiments. This can be seen in the fact that my videos as well as my lectures and media appearances across the world have had overwhelming approval as shown by YouTube ratings. 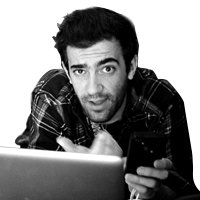 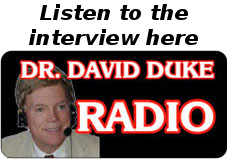 You can listen to the interview and see for yourself how distorted the reporting is.

To add insult to injury, Jewish hacks Mark Halperin and John Heilemann from Bloomberg News confronted Trump, falsely telling him that I had officially endorsed his bid for President.

This is from Politico. It gives Trump’s response to the non-existent endorsement that the Zio hacks had lied about.

Asked whether he would repudiate the endorsement, Trump said “Sure, I would if that would make you feel better.”

Trump, however, doesn’t appear to be concerned that he’s attracting these kinds of fans.

NOTE: Many of the articles about my comments headlined or opened with Klan references and most did not even mention that I served 8 years in public office decades after I left the Klan. Both Robert Byrd and President Truman had left the Klan many years older than I was when I left it and they were never headlined in this way. Nelson Mandela was a leader in the Communist Party in South Africa for decades even past the age of 72 years old. However, not only are there no headlines proclaiming this fact, but most articles never even mention it. Of course, not one of these men ever condemned the Zionist control of the American media, politics and banking! I do, and that is why there is such a glaring hypocrisy and double standard by the ZioMedia and establishment.

The following is the recent photo used by a progressive news and broadcasting site with a photo from the mid-seventies! Below is a picture of Communist Party Central Committee Member Nelson Mandela at the age of 72. Just try to find one headline in the mainstream ZioMedia calling Nelson Mandela “Former Communist Leader,” or any article featuring this picture of him giving the communist salute in front a huge communist flag! 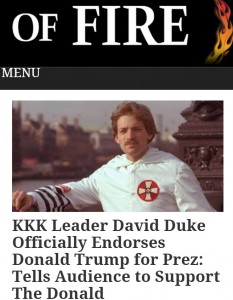 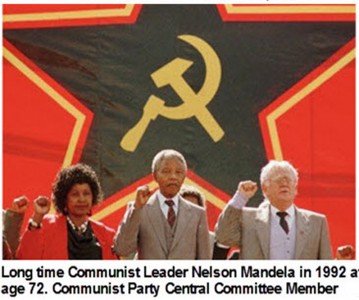