Dr. David Duke exposes the waging of a war on whites & that he authorized a campaign committee to consider a run  for U.S. Congress against sell-out Steve Scalise!

Today Dr. Duke spoke to the rash of murderous violence aimed at police across the country due to baseless accusations of racism in recent confrontations with uncooperative black suspects. He underscored how this is symptomatic of the pervasive anti-white narrative spun by the elite that incites hatred and violence among blacks. 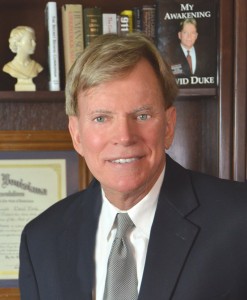 He also revealed that he has been urged by enormous numbers of people his district to run for United States Congress. With the country coming apart at the seams and no one willing to really speak the truth about what is happening, the majority population in this country needs someone who will actually give voice to their interests in the face of an increasingly violent hatefest launched by the media and political establishment against them.

Here is new video of classic Dr. Duke. Please give it a watch. 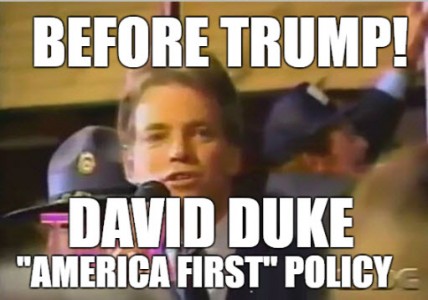