By. Dr. Patrick Slattery — Yesterday CNN fired one of its star reporters after he got into a tweeting argument with Jewish activists, including Oren Kessler of the Foundation for Defense of Democracies. The FDD is a neocon propaganda organization lavishly funded by billionaire Jewish Zionists like Roland Arnall, Charles Bronfman, and Michael Steinhardt. Jim Clancy’s CNN biography page was promptly deleted, but to see how little loyalty from CNN 34 years of hard work will get you, please refer to this archived snapshot of his page. 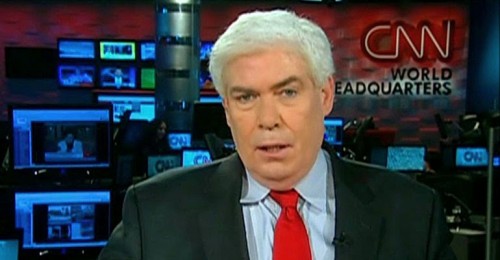 For those of you interested in the tweets involved, the website israellycool.com (which I guess means “Israel is really cool”) has preserved the comments, with some annotation and perhaps selective editing. It is hard to see what the big deal is. It starts with Clancy making the questionable claim that Charlie Hebdo’s cartoons weren’t actually mocking Mohammed but rather those who distort his words. A rather mild bruhaha ensues, which includes Clancy correctly pointing out that his opponents were hasbara (Israeli public relations) agents.

I don’t really know what passes for etiquette on Twitter, but Clancy never said anything really that insulting. He did suggest that “You and the Hasbara team need to pick on some cripple on the edge of the herd.” That predictably prompted a Jewish organization that promotes inclusion of people with disabilities throughout the Jewish community to protest the use of the word “cripple” to CNN President Jeff Zucker (a fellow Zionist), who promptly fired Clancy.

One might ask whether Clancy was on one of his trips to North Korea when CNN fired Rick Sanchez simply for saying that there were a lot of people at CNN a lot like Jon Stewart (i.e. Jewish). Or perhaps he thought that his 34 years of service to CNN was enough to give him some modicum of job security.

At any rate, it seems pretty obvious that this whole Twitter spat was intended to give CNN a pretext for firing Clancy, who came into the Zionist’s cross hairs due to his deviation from the Israeli propaganda line, as you can see in the reaction that this Zionist website gave to an interview that Clancy conducted with a former Israeli ambassador.