By Dr. Patrick Slattery — Even intelligent, otherwise well-informed Americans show a breathtaking lack of understanding regarding foreign policy. No doubt the all-image, no-substance Zio media is responsible for this. Progressives and others who identify with the “left” naturally assume that an elderly Jewish socialist MUST be the peace candidate.

Granted, he is not calling for a no-fly zone (at least “not at this time”), the way Hillary and the non-Trump Republicans are. However, while Trump explicitly declares it would be crazy to start World War III over Syria and states that there is no reason the U.S. and Russia should not have good relations, Sanders is much, much closer to the Zionist mainstream regarding Russia. 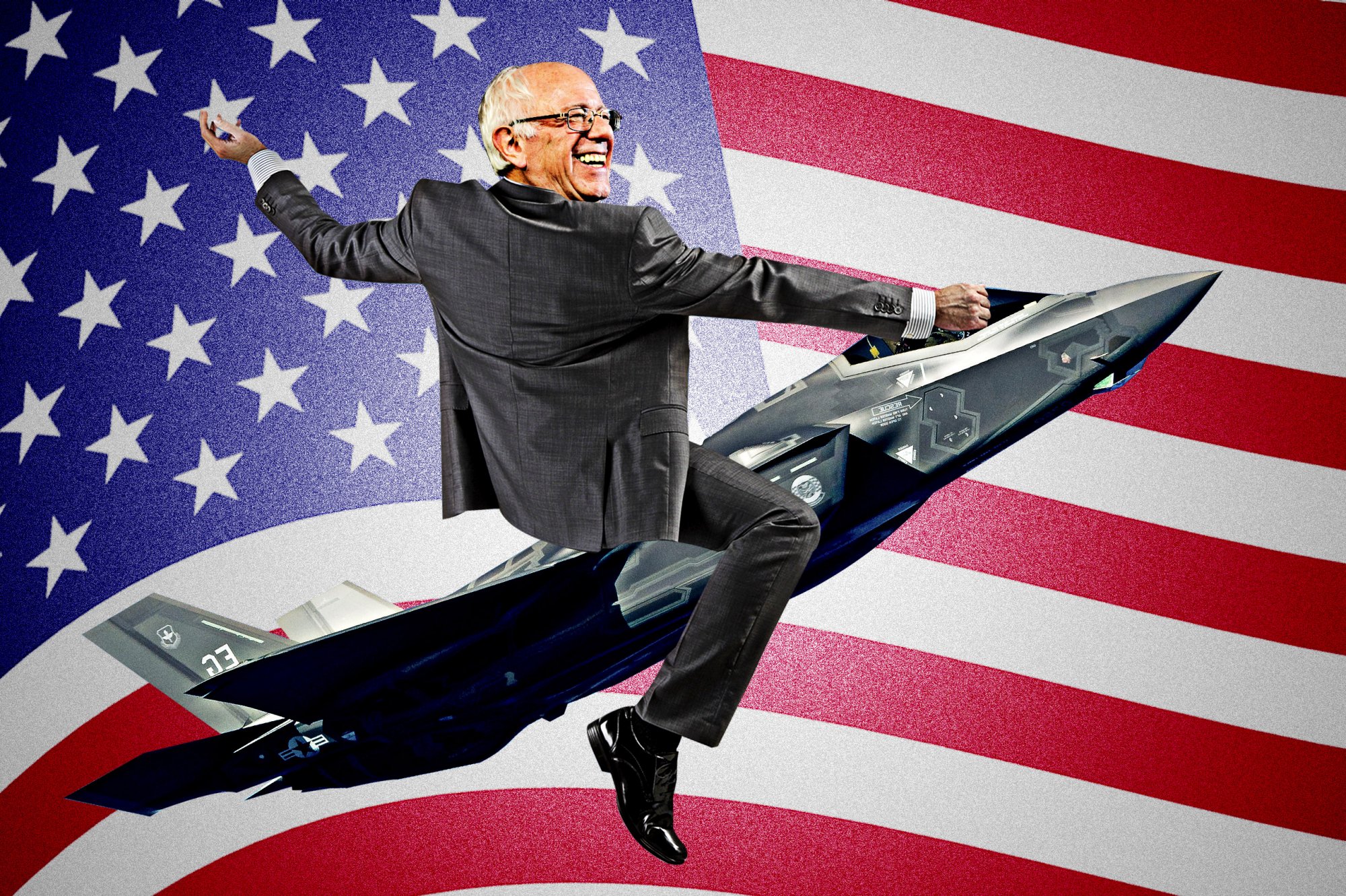 Bernie’s Senate web page stated his support for the Obama policy of sanctioning Russia following the Victoria Nuland-organized overthrow of the Ukrainian president.

“President Barack Obama on Monday froze the U.S. assets of seven Russians close to President Vladimir Putin. The European Union announced similar sanctions one day after voters in Crimea supported a Russian-backed referendum to secede from Ukraine. “The entire world has got to stand up to Putin. We’ve got to deal with sanctions,” Sen. Bernie Sanders had said in a television interview last Friday night. He said freezing Russians’ assets was one possible recourse.”

That television interview was The O’Reilly Factor from March 14, 2014. And Sanders made it clear that he supports sanctions that go much further than the Obama’s freezing of the U.S. assets of seven of Putin’s friends. Sanders called for freezing Russian government assets all over the world! Even the bellicose O”Reilly seemed taken aback.

O’REILLY: — Putin, OK. So, Putin is going to seize Crimea. What do you do to Putin.

SANDERS: Well, I think, first of all, the lesson that we learned is that we don’t repeat what happened in Iraq and Afghanistan where the United States virtually did it alone. We are a tight, global community.

The entire world has got to stand up to Putin. We’ve got to deal with sanctions.

And we have to deal with freezing assets. But the entire world has got to take action —

O’REILLY: Give me one example of an economic sanction you would like to see.

SANDERS: Well, you freeze assets that the Russian government has all over the world.

O’REILLY: You freeze them. You say, “Hey, any Russian money in U.S. banks, English banks you can’t get it.”

O’REILLY: That’s pretty harsh. You know Putin is not going to sit for that. You know that.

(The video of the exchange can be seen here.)

Still, compared to Hillary and the non-Trump Republicans. at least Sanders is not calling for a no-fly zone over Syria… at this time. A no-fly zone is nothing less than a declaration of war against Russia. After all, who is flying over Syria? ISIS doesn’t have an air force. It is almost exclusively Russia, which is there at the invitation of the Syrian government.

So Sanders’ qualifier “not at this time” indicates that he has certainly NOT ruled out a no-fly zone. The following press release from his campaign shows that he would in fact consider a no-fly zone, especially if it was not unilateral, i.e. it would be okay if it were in conjunction with our so-called allies. Furthermore, his support for efforts to overthrow President Assad put him squarely at odds with Putin, who sensibly realizes that there is no defeating ISIS without Assad.

“We do not want to make a very complex situation in Syria even worse. I support President Obama’s effort to combat the Islamic State in Syria while at the same time supporting those in Syria trying to overthrow the brutal dictatorship of Bashar Assad.

“I oppose, at this point, a unilateral American no-fly zone in Syria which could get us more deeply involved in that horrible civil war and lead to a never-ending U.S. entanglement in that region.”

The bottom line is that U.S.-Russian relations have never been worse. Our Secretary of Defense has designated Russia as enemy number one. Presidential candidates are talking about shooting down Russian planes and “punching Russia in the nose.” Turkey, a NATO member, already has shot down a Russian plane, one that it almost certainly ambushed with information provided by the United States.

Americans, not just those who think of themselves as peaceniks but really anyone who wants to survive the next four years, need to wake up as to who is going to drag us into an insane war like no other. While Bernie may be slightly less gung-ho for Armageddon as Hillary and Rubio, the ONLY candidate who is talking sensibly about improving relations with Russia and avoiding World War III is Trump. Maybe he says some pretty obnoxious things, but survival of civilization as we know it has to be the top priority.

Previous Post Dr. Duke Tells Why his Ted Nugent VS the ADL is so popular, and how to win our people to our message! Vital Show!!