Even though America’s economy is still in decline and record numbers of Americans are on food stamp assistance, the Jewish lobby in Washington D.C. has managed to triple the amount of “aid” given to the racist Zionist state of Israel. 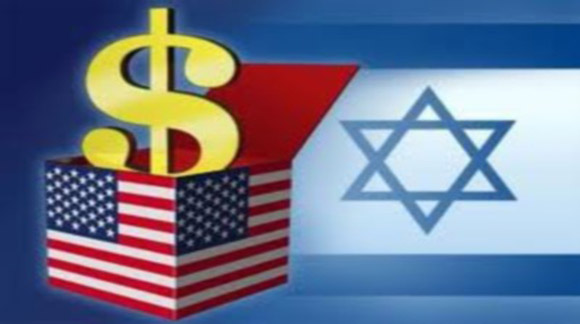 According to Alison Weir, the executive director of If Americans Knew and president of the Council for the National Interest, it’s “been a great week for Israel in the US Congress this week. But not for the American taxpayer.

“While many Americans are gearing up for the Christmas holidays and trying to earn the money to buy their children presents, and while the number of Americans applying for unemployment benefits surged, Congress voted yet more money to Israel,” she wrote.

“It also passed two other measures pushed by the Israel lobby. Almost none of this was reported by US mainstream media.

“The budget committees of both the Senate and the House released a budget on December 10th included $284 million for U.S.–Israeli “joint defense” – in fact, primarily for defense systems in Israel.

“These defense systems are aimed at shielding Israel from perceived threats in the region. For context, rockets from Gaza have killed some 29 Israelis in just over a decade, during which time Israeli forces killed approximately 4,000 Gazans. Congress is virtually assured to pass the budget.

“This money is on top of the $3.1 billion in military aid the U.S. gives Israel every year. It is also triple the already-generous $96 million the Obama administration had requested for the programs.

“The additional money is specifically to fund weapons systems that in many cases compete with American-made systems, likely costing thousands of American jobs.

“Meanwhile, last week saw a surge in first-time applicants for unemployment. The number of people seeking U.S. unemployment benefits rose 68,000 last week to a seasonally adjusted 368,000, the largest increase in more than a year.

“But since some unemployment benefits are from a special program that is set to expire soon, as many as 2.1 million Americans will lose this assistance by March.

“Also last week, and also under the media radar, the House passed a bill by a 399-0 vote that would increase the U.S. commitment to Israel’s qualitative military edge over everyone else in the region.

“The bill requires that the president report every two years to Congress on how Israel’s advantage is being maintained—up from the previous requirement that this be done every four years.

“On top of that, the House Energy and Commerce Committee approved legislation that would create a strategic energy partnership between Israel and the United States.

“The American Israel Public Affairs Committee (AIPAC) is working to ensure that the legislation will be passed by the full House of Representatives.

“A similar bill has been introduced in the Senate. Sponsors of the bills come from both parties, as is typical with Israel-related legislation thanks to the power of the Israel lobby.

“While Israeli and U.S. Jewish media are reporting prominently on the additional funding to Israel, mainstream U.S. media have largely ignored it.”