Dr. Duke introduced his audience to some shocking news that they certainly will not hear in the Zio media. The head of Germany’s third largest party, Gregor Gysi, has accused all native-born Germans of being Nazis and has said that the declining population of ethnic Germans is a good thing. This while the country is being over-run by immigrants from around the world. 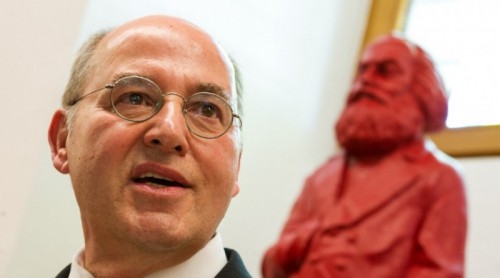 What should not come as a surprise is that Gregor Gysi is of mixed Jewish heritage. Dr. Slattery joined the show and commented on the tendency of persons of mixed Jewish heritage to strongly identify as Jews and their usefulness in promoting self-hate amongst Europeans. He also talked about the ability of leftists to consider themselves anti-racists while ignoring or even participating in virulent racism against whites on behalf of Jewish social elites.

This is an show full of information and insights. Please share it widely.