By Dr. Patrick Slattery — The absolute low point of the first year of the Trump administration was when Trump bombed the Syrian airbase in response to Ivanka crying to her dad about a picture of a baby in a gas mask. It was a hoax then and it is a hoax now. Everything that (((CNN))), (((NPR))), (((NBC))), (((CBS))), (((ABC))), (((PBS))), (((The New York Times))), and (((The Washington Post))) say about Russia, Russian collusion, Syrian gas attacks, Russian nerve agent attacks, and everything else is 100% certified kosher bull honk.

Even the highly respectable (and totally based) Professor Stephen F. Cohen described the alleged poisoning of a Russian double agent as a “false flag.” (Click here and listen to Part 1 starting at minute 4:00.) 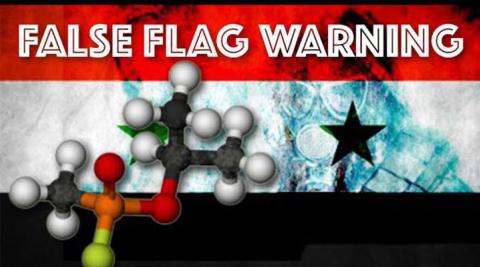 It is pretty convenient, this happening on John Bolton’s first day in office, just as Trump has announced an impending exit of our troops from Syria. I will refrain from listing all the other evidence and logic here, because we all know the score. What we need to concentrate on is getting through to Trump that we will not stand for this.

There is also an email page. We need to avoid profanity and coarseness, but forcefully state that these hoaxes are aimed at preventing Trump from restoring relations with Russia, which is necessary in order to Make America Great Again.

We also need to prepare for peace demonstrations in front of the White House as well as local TV stations and newspapers that spread Zionist lies. We should wear our MAGA hats and carry American flags, but some Russian flags and pro-Putin signs would be welcome. The lying Jewish media has vilified him, and we have to make it clear that Putin is not our enemy.

This is not the time for throwing up our hands in exasperation. Too many purity-spiraling patriots have been ready to jump off the Trump train at a moments notice, and that does us no good. We were deluding ourselves when we thought he could lead us. Actually, it is we who need to lead him. He is an assets, and the neocons realized this, and when they could not prevent him from becoming president they lined up to usurp his administration.

It was we who elected Trump, he is OUR political property, and we need to fight to prevent the very people who hate him and hate us from hijacking him in order to destroy him and the country that our forefathers built.