By Dr. Patrick Slattery — We knew it would come sooner or later. Dr. Duke’s videos have become so popular on YouTube that Jewish groups have petitioned the video hosting site try to shut down his channel. They have tried it twice before, but to its credit YouTube resisted. The pretext for the action is supposed copyright violations in Dr. Duke’s videos. However, Dr. Duke’s use of this material is clearly covered by the educational and fair use provisions of copyright law, and it is obvious that Dr. Duke’s channel is being targeted because of the danger it poses to the Zionist power structure. 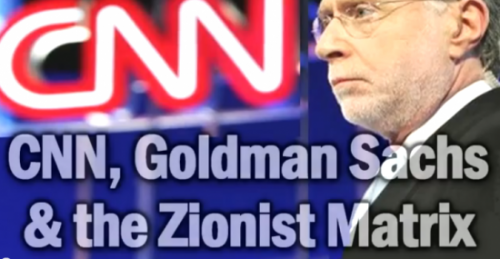 The fact is that the Zionist power structure is afraid of Dr. Duke’s videos, and as they have no rational response to the information and arguments he presents in the videos they have to resort to censorship and harassment, using unfounded accusations of copyright violations as an excuse to deprive the public access to his powerful videos.

Here is the crux of the problem. If Dr. Duke simply states that Jews were the main proponents of the Iraq war, his opponents will say “there goes that crazy anti-Semite again.” But if he shows a short video clip of the most prominent Jewish journalist of a generation, Carl Bernstein, declaring in no uncertain terms that Jewish neocons were behind the war, then Dr. Duke is accused of copyright violations!

The American people have been conditioned for decades to become Zio-blind. Jewish supremacist journalist Joel Stein in an article he wrote for the Jewish-owned Los Angeles Times mocked American goyim’s stupidity for no longer recognizing Jewish domination of the media. If Dr. Duke stood up and said that Jews dominate the media, nobody would believe him. He could name all the names, and because the public has been so brainwashed about him and has been so ridiculously oversensitized to the “danger of anti-Semitism,” they would just assume that he is making up the names or lying about their heritage.

Unfortunately, we have reached the point where you have to be Jewish to have any credibility talking about Jewish issues in the minds of so much of the public. As a consequence, Dr. Duke includes photographs and screenshots of Joel Stein’s articles, as well as those of other Jewish journalists who make the same point and name the same names. With no other way to counter this undeniable information, Jewish tribalists have to resort to bogus copyright infringement charges in order to protect their tribal interests.

Some of you might wonder, “Jewish control over the media is so strong. How can Dr. Duke’s YouTube channel, even it gets millions of hits, be a threat to a Zio power structure with mega billions in assets, with effective control of a thousand television channels broadcasting 24/7, with a Congress that worships at the feet of an Israeli war criminal who comes without an invitation from the administration and lectures Congress on how they have to put Israeli interests over American ones?

The answer is that big lies are hard to build. Secrets are hard to keep. Anyone who has ever tried to organize a surprise party knows this. They can spend weeks making plans, preparing alibis, concocting stories, and then everything comes crashing down because of one innocent slip of the tongue.

The acquisition of Jewish domination of our society was done by stealth. Joel Stein pointed out that 50 years ago most people were aware of the Jewish domination of the media, but now very few are, even though (or perhaps because) Jewish control is even greater today. This domination of the media facilitated the quiet acquisition of dominance in other critical areas, such as academia, campaign finance, the diplomatic corps, government, and so on. The vast majority of people are unaware, and those who are aware also understand the personal trouble they can get into if they speak out about it. As the Israeli-born Gilad Atzmon (among others) points out, the essence of Jewish power is the ability to prevent the discussion of Jewish power.

That is why Dr. Duke’s videos pose such a threat. The Jewish supremacists can invest countless billions into building up a vast propaganda empire, but if people become aware that their media is lying to them, is trying to subvert their values and their health, and is even trying to destroy them as a people, then all that investment becomes worthless.

The popularity of Dr. Duke’s videos has been snowballing. CNN, Goldman Sachs & the Zio Matrix went viral in part with the help of social media promotions from the likes of Swedish politicians and world-famous medical doctors. They are frankly the most effective vehicle out there for waking people up to the reality of what is going on around them.

Dr. Duke’s effectiveness is due to his careful research, his clear and accessible presentation, and above all his courage in getting to the point. There are many others who dance around the issue, using code words or distractions. It doesn’t help all that much to always blame proxies for Jewish power, like bankers or Freemasons or the 1%. And making up some fictional entity like a cabal of Nazis or a secret world government run by someone like Queen Elizabeth probably does more harm than good. Dr. Duke is the one being targeted because Dr. Duke is the one who poses the biggest threat.

We mustn’t take this lying down. Please spread the word about this outrage. If you have the technical capability, please reproduce Dr. Duke’s videos on your own YouTube channels. (Rest assured that Dr. Duke will not come after you for copyright infringement!) And if you are able, PLEASE make contribution so we can fight this attack on Dr. Duke’s videos. Keep in mind that this attack is very much a reflection of the growing success and progress that we are making in alerting people to the danger of continued Jewish domination of our society. Our opponents are alarmed because they know how vulnerable they are. They understand that no matter what their power resources are, everything will come crashing down if people wake up and simply say “no thank you, we are not going to watch your Zio media, we are not going to put our money in your Zio banks, we are not going to vote for politicians with the Kosher stamp of approval. Thanks for your willingness to rule over us, but we have decided to start ruling over ourselves.”

Watch this while you still can!