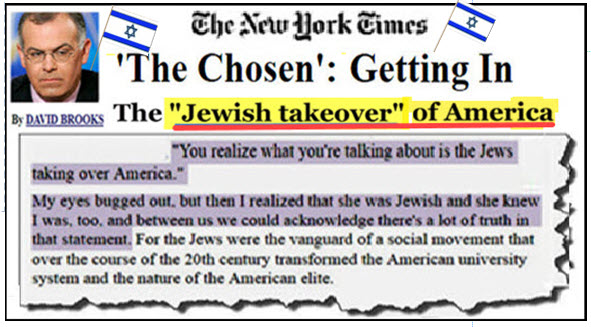 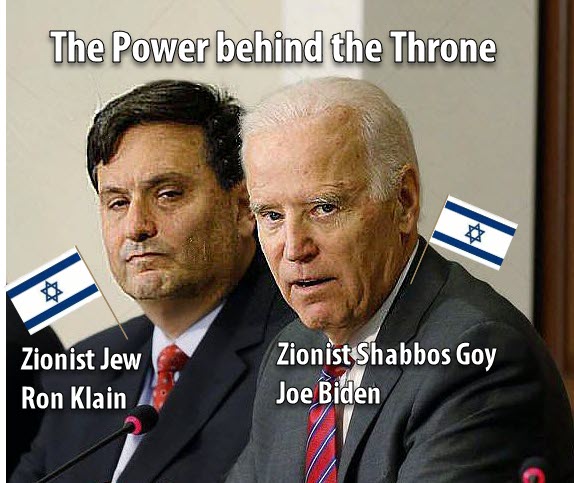 The Demented New Shabos Goy President and his Zionist Jew “Chief of Staff who has also led efforts to support the Zionist owned and run Internet giants that are shutting any speech exposing the fact that it is not the Russians or Chinese who massively interfere in elections or are promoting the insane wars along with their criminal policy to ethnically cleanse, the people who created the United States: White Americans

Today Dr. Duke was joined by Patrick Slattery for a retrospective on 2020/ Part 2 will be tomorrow.

The Chinese name each year. Typical are Tiger (My Year) goat, rat, monkey, ox, etc. But, 2020 has been a catastrophic year of another name.

No, it wasn’t a year of the Russian, or the Chinaman, and certainly not the Iranian. No, 2020 was definitely the year of the Jew.

It was a year of Jewish subversion, consolidation of their unholy power over media, finance and politics. It is not the Chinese who are the worst existential threat to America and the people who created it and our great Western Civilization. The transformation has been going on for at least a 140 years fueled greatly in the late 1900s from Jewish Bolsheviks fleeing Christian Russia.

Jewish tribal supremacists who are now supreme over not just the White world, but through the power of the nations they directly control, they use the U.S. and other nations to inflict Jewish physical wars, economic wars and Jewish cultural wars against the most nations of humanity.

Not all Jews of course are involved, but the Jewish, Zionist Elite has risen to the heights of Jewish supremacy  and privilege over the non-Jewish Goyim of America and the world. They are so powerful today that they even think they can rub their supremacy in the faces of the goyim they rule over. A good example is the NY Times which has been controlled Jewish Communists and Zionists since 1895 when bought by Adolph Ochs. 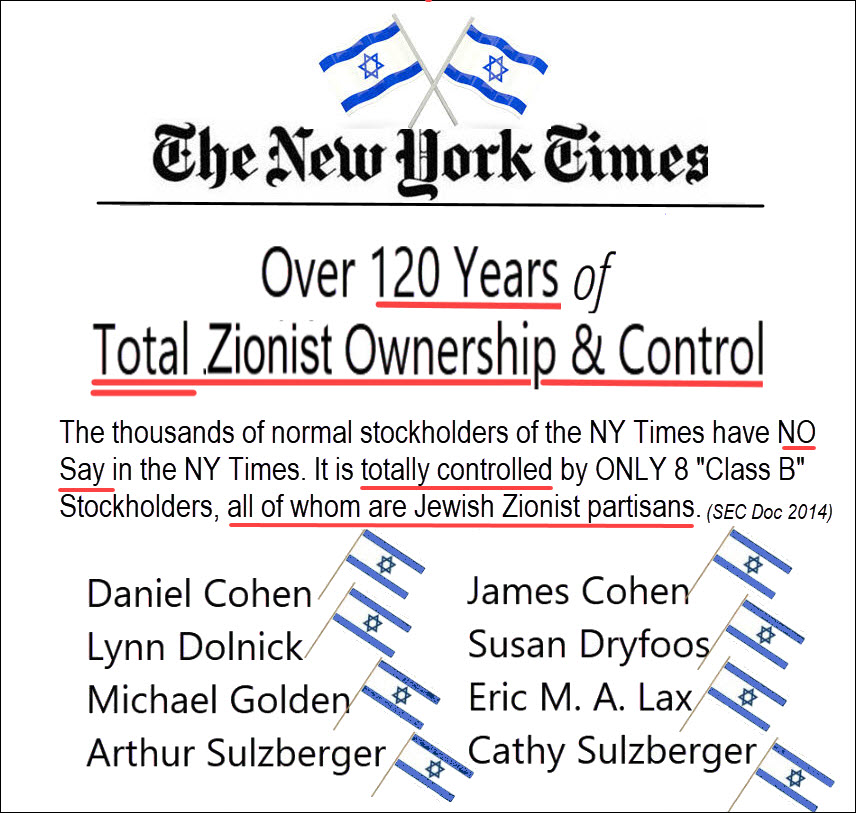 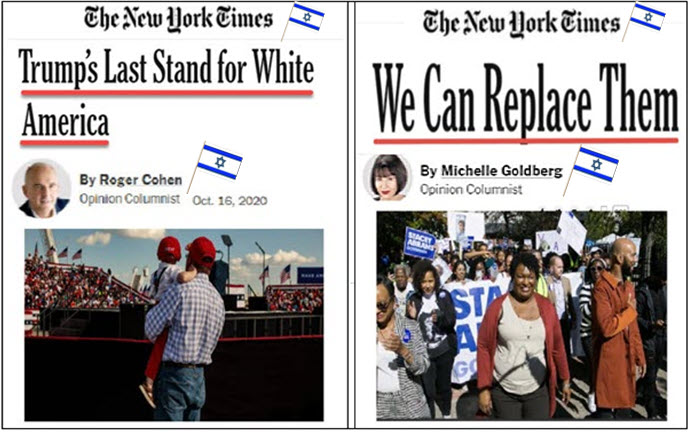 LEFT – The Jewish NYTimes & writers show the real replacement going on, Jewish replacement of the American elite. A lone White man holds his small son and looks at the thousands in a Trump rally. He ponders, “Is this the last stand of white America?   Zionist tribal supremacists have totally owned & controlled the NYTimes, America’s leading newspaper, since 1895. A NYTimes Oped by Zio Roger Cohen gloats over the defeat of Trump and the “replacement” White people of America. RIGHT – Earlier, NYTimes Zio-racist, Michelle Goldberg prophetically celebrates Stacy Abrams, demographic change and the replacement of white people in Georgia and across America.

Jewish owned and controlled media empire complain and kvetch constantly about “White Supremacism” and “privilege.” Yet, the ultimate irony, the ultimate hypocrisy is the blatant, Jewish racist supremacy that the Jewish elite now over the New York Times, Hollywood, the biggest media conglomerates’ on Earth, key positions in Congress such as Schumer leading the Democrats in the Senate, and the three important House committees that led the two impeachments of Donald Trump: the Intelligence Committee under Jacob Schiff, Jewdiciary committee under Nadler and Foreign Relations all occupied territory of the U.S. Government.

The Jewish leaders of the Jew d’état 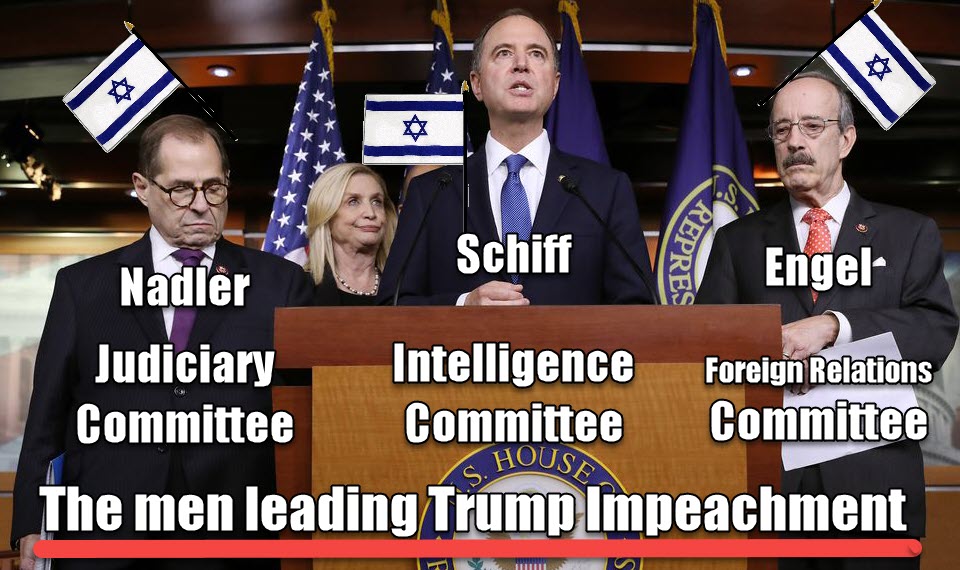 This 2 percent of the population, billionaires of the racist tribe of Jewish Zionists were 90 percent of the biggest donors to Hillary in 2020 and Joe Biden in 2020. 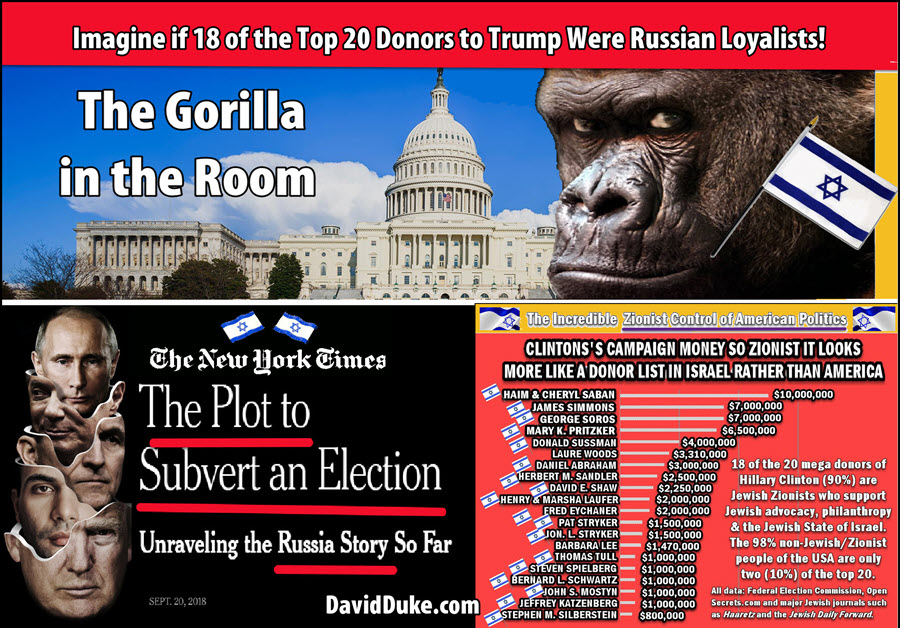 Here is a chart of Hillary’s biggest billionaire donors: 18 out the 20 biggest were Zionist Jewish, mostly corrupt financiers and Hedge Fund thieves who drain trillions from our economy yearly through their domination and control the Zio Deep State and the Government that serves.

For instance, Goldman Sachs, under a 150 year, long line of Jewish owners, the biggest predator bank on Earth, was recently caught red-handed for a criminal bribery scheme of 1.6 billions in order to make far more billions. They were fined 2.5 billion dollars. but guess what, none of it’s top owners and executives were charged with the criminal bribery, money-laundering and Fraud. 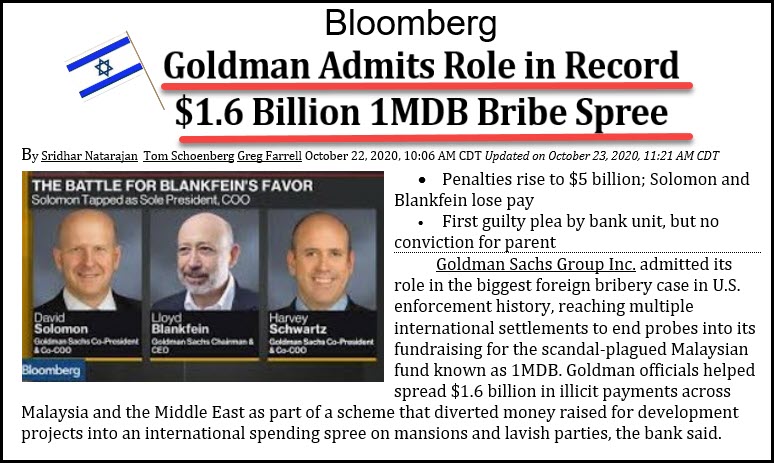 If Jewish power over the media doesn’t exist why isn’t one of the biggest briberies  in world history not front page news and in first place on broadcast news? A 1.6 billion dollar bribery as part of one of the biggest theft sin the history of mankind, and no criminal charges and hardly a mention in biggest organs of mainstream Jewish media! Now that’s Jewish Privilege!

Just a few short years ago Goldman Sachs and other banking firms were caught in a criminal scheme that made them hundreds of billions selling financial derivatives (they knew were worthless) to their own customers causing the 2008 meltdown and ruining millions of people. In that scheme they got off with a one day revenue fine for stealing half a trillion from their own investors.

watch my video on Goldman Sachs and Zio Matrix of Power!

If someone in a small time bank was caught in financial bribery and criminality associated with making just hundreds of thousands of dollars they would be locked up for decades! But when your tribe controls the Justice Department and much of the Federal Jewdiciary, no problem just pay a fine  and line up for your next giant theft and fraud.

The Zio media rigged this election by making 90 percent of the media and Internet Social Media nothing but a free 24/7  vicious campaign attack ad against Trump in both the news and entertainment media.

Even with their nonstop lies and hate no candidate has ever had larger and more enthusiastic, massive rallies of citizens. After Jewish led Impeachments of Trump cheered on the by Jewish media, and billions of dollars of free campaign attack ads masquerading as news and entertainment, and lying election polls, they knew that they were still losing. Desperately, in the last months they poured in hundreds of millions from Jewish Wall Street Tycoons such as Bloomberg and Styer and Soros. Desperately, they then arranged the stealing of the election with criminal violation of election laws in the critical election swing states of the United States.

Finally, their ZioMedia covered it all up, hiding the massive evidence of election law violations and voting fraud. Then, they criminally broke the law to stop monitoring of the votes and the counting.  violating the laws which demand all parties have the right to examine voter and vote qualifications and the counting of the vote. Then the ZioMedia lied that there was no evidence of voter fraud.

Who is the real danger to America? Russia, China or Israel and the Jewish Globalist power?

It was the same Jewish establishment banks that made millions under the rise of Communist China and ushered in the destruction of American businesses and the middle class with our Zionist Global trade policies.

The Jewish banking and political establishment made trillions with the destruction of American manufacturing and the middle class by the trade policies that made American businesses that don’t go overseas have a huge disadvantage.

But now, the same Jewish elite that still want to keep making the millions from their business in China, are worried that the Chinese are gaining global influence that challenges the Zionist Globalists. So they don’t want to stop the trade, but they do want to threaten them with war and subversion if the Chinese don’t buckle to their globalist agenda. They don’t like China trading with Russia and Iran and other Chinese influences in the UN elsewhere.

All this China stuff is diversion from the real meddlers in the American election, for they were the Jewish owners and controllers of Joogle, Youtube, Faceberg and Twitter. They are, in order, Zionist Jews Brin and Page who own and control Joogle, Zionist Zuckerberg at Faceberg, Zionist Jew Wojcicki at JewTube, and huge stockholder of Twitter, Jewish Zionist Paul Singer and Zionist Jew Ned Segal, CFO Chief Financial Officer of Twitter. Every one of these giant firms have entered agreements with the Jewish ADL to repress speech that dares to expose Jewish supremacy over speech.

Just three people control what 4 billion people will read, see or hear. They are Zionist Jews: Mark Zuckerberg, Sergey Brin and Larry Page. They and all the Internet giants help the Racist, Zionist ADL, Anti-Defamation League of B’nai B’rith. to censor anyone or any organization, any thought or utterance, written or spoken, or filmed — that the Zionist Oligarchs don’t like. Google, Facebook and Twitter have over 4 billion searches a day and are controlled to display the results that both make them rich, suppress opposition to themselves, and that affect political,      business scientific, medical, opinion and anything that they favor – while censoring all those they oppose.

These Jewish elite are biased tyrants who control what billions of people are allowed to see and read and hear, and most of what they do see and hear. They keep people from hearing those who oppose them and make sure they see people who support the Jewish supremacist Tyranny over our media and our minds, and the financial structure that controls our labor and our money.

We will never surrender our freedom and everything that is important to us and have our Republic terminated.

We will not allow our people in America and in European nations to be ethnically cleansed and destroyed in our own nations.

We will not allow these Zionist Tyrants to keep sacrificing our people and money in wars for Israel and Globalist Tyranny. Nor, will we let our people be used to immorally suppress other nations and peoples around the world.

We certainly have our own interests that sometimes conflict with China, but we know every vital interest of our people including our devastating trade relations with China are not the result of  any Chinese involvement in our government and the Deep State, but are solely the result of the creation of the Deep State by the ultimate racists on Earth: the Jewish Supremacists.

Check out this video on the CO2 hazard created by masks.

Previous Post Dr Duke & Dr Slattery – What is Communism? What is China? What about the Jews? Absolutely awesome show!

Next Post PART 2: Happy New Year! This is the year we begin to take back America from the Jewish Privilege and Supremacy that Rules over America and much of the World!