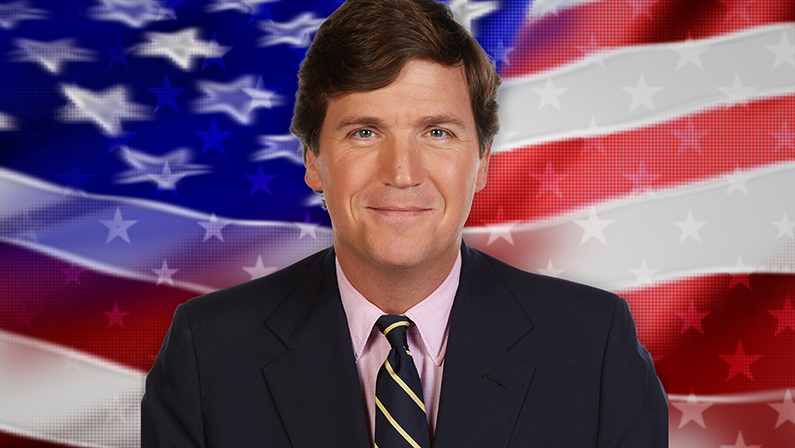 Today Dr. Duke and British author and broadcaster Andy Hitchcock discussed Tucker Carlson’s important opening monolog from last night (even though the rest of Tucker’s show was totally gay). He pointed out the attack on white men in this country, which breaks a taboo on white advocacy. That is an important development, However, in the second half of his show Tucker went back to blaming China for the damage caused to our society as a result of the Coronahoax. Regardless of the origin of the virus, there was never a public health crisis and the insane policies were initiated by our own elites in order to press ahead with their agenda to remake society.

Then they got into the bizarre drama that is unfolding in Washington, which is being transformed into the set for some propaganda film project.

Endless wars, replacement-level immigration, demonization of white men, promotion of gayness and trannyism, and presenting black men as the ideal mates for white women were inflicted on us by Jews and not Chinamen. .

Check out this classic video “CNN, Goldman Sachs, and the Zio-matrix of power.”

Previous Post Dr Slattery & Dr Duke – The Threat to the Constitution is The Impeachment and Trial of Donald Trump! It is Aimed at Cancelling our most important Right: Freedom of Speech!

Next Post Dr Duke & David Gahary- Live – Exposes the Admitted Treason of Biden to the Tyrants of ZOG Who Control Him! He’s the one Who Deserves Impeachment!