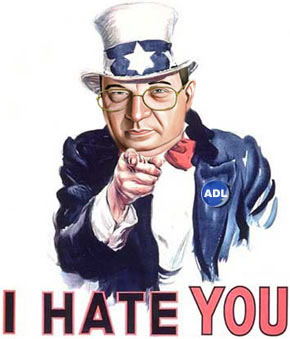 Dr. Duke and publisher David Gahary discussed a poll by the ADL called “Why people are sick of these Jews.” Maybe that wasn’t the title, but that’s what it shows. You can see the results below.

I have never been so upset by a poll in my life. Only 22% of Americans now believe “the movie and television industries are pretty much run by Jews,” down from nearly 50% in 1964. The Anti-Defamation League, which released the poll results last month, sees in these numbers a victory against stereotyping. Actually, it just shows how dumb America has gotten. Jews totally run Hollywood.

He was that upset when 22% of Americans thought Jews run the media. Now its down to 12%. Stein must have his bagel twisted like a pretzel at how retarded Americans have become.

Click here and look for the show dated 6-17-21 Our show is aired live at 11 AM Eastern Time (US) & is replayed at 4 PM Eastern Time.  Share this show widely. And please keep us on the air and on-line.