Dr. Duke talked about the increasingly overt anti-white hatred that is now common in the Zio media and the taboo on white people to refer to reality in their own defense. For instance, Tucker Carlson last night when debating this black “professor” from (((Yeshiva University))) who claimed that blacks are at danger from whites, could not bring himself to talk about the prevalence of black violence against whites. The Jewish media overlords won’t allow it. 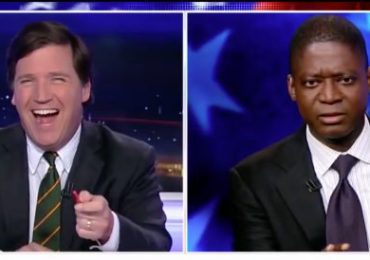 This is what Clarence Thomas called “a high-tech lynching.” Dr. Slattery joined the show and made the case that whites and blacks cannot be expected to share a country in which whites cannot defend themselves against these Jewish fairy tales about white privilege, violence, and racism.