© Dado Ruvic / Reuters
A male politician in Norway has opened up about his rape by a Somali man, stating that he felt “guilt and responsibility” for the perpetrator being deported after time in prison. Turning to alcohol and marijuana, the lawmaker “became numb” for years.

Karsten Nordal Hauken, a leftist politician, shared his story in a letter to Swedish broadcaster NRK, as part of a documentary series titled ‘I Against Me.’

Hauken speaks of being brutally raped by a Somali man, and recalls riding in an ambulance to a rape reception center at an Oslo hospital. He mentions having samples taken from nurses, speaking to a psychologist, and eventually being collected by his father.

He goes on to speak about the investigation to identify the perpetrator. 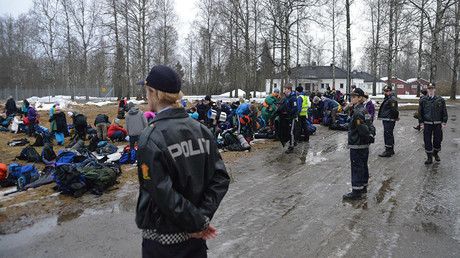 “My room was ransacked by crime scene investigators and I had fingerprint ink on the desk for months afterwards. They managed to secure both DNA and fingerprints,” Hauken said.

But it wasn’t until six months later that the politician received a phone call from police, letting him know that a man who had been arrested for having a knife in a public place had also been linked to the rape.

During the trial, the perpetrator “claimed that what happened was voluntary, but all the circumstances made clear that there was little doubt about the question of guilt,” Hauken wrote.

The man was sentenced to four-and-a-half years in prison for the rape.

Near the completion of the prison sentence, Hauken received yet another phone call from authorities, informing him that the man would be deported straight back to Somalia upon the end of his term.

At that moment, Hauken recalled having an emotional response.

“The tears, they came…I felt a relief and joy that he was going away forever,” he said.

However, Hauken also recalled having a feeling of “guilt and responsibility” upon hearing the news.

“It was I who was the reason why he should not be left in Norway, but rather be late for a very uncertain future in Somalia. He had already served his sentence in prison. Should he now be punished again? And this time much harder?” he pondered.

He went on to say that “I do not feel anger towards [the perpetrator], for I see him most as a product of an unjust world. A product of an upbringing marked by war and deprivation.” 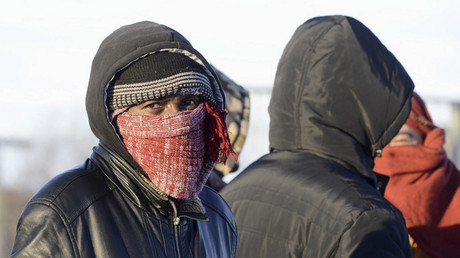 25% of Norway sex offenders in 2015 have immigrant background – report

However, the years after the rape were marred with substance abuse, including marijuana and alcohol, causing Hauken to “become numb” for nearly five years.

Hauken stressed that although he felt “forgotten and ignored,” it remains “scary and taboo” for men to talk about their emotional life.

“I am afraid that no girls want me, and that other men laugh at me. [I’m] afraid that I’ll be perceived as anti-feminist when I say that young men who are struggling should get more attention. But what the hell, we are struggling. We must be seen!” he said.

Hauken went on to say that by writing the letter and joining the NDK documentary, he wanted to “break general perceptions that rape victims are always women and that one is ruined for life.”

“I am a heterosexual man, and I was raped by another, presumably heterosexual man,” he said, stressing that sexual abuse in the perpetrator’s culture is mostly about power, rather than desire. “It is not regarded as a homosexual act being the one who exerts power and raping.”

He concluded by stressing that refugees need continued support. “I have been a victim of an injustice and a dark part of the world that we are largely shielded from here at home,” Hauken said, adding that he is “part of the world, and the world is unfortunately unfair.”

NDK’s ‘I Against Me’ documentary series spotlights Hauken and seven others through video diaries which document their psychological challenges.