An Incredible Conversation Between Dr. Duke and Andrew Anglin on the Alt Right Revolution Against Jewish Supremacism!

Dr. Duke had Daily Stormer publisher Andrew Anglin as his guest for the hour. They talked about the Trump University case brought by the Jewish activist Art Cohen. Mr. Anglin talked about the Anti-Defamation League council that has been convened to crack down on his trolling activities (his free speech), which they claim has a chilling effect on their free speech and is impacting the election. 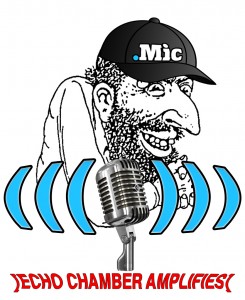 The went on to talk about the (((echo))) meme, which has been used to identify Jewish names and organizations. Jews have seen this as particularly threatening because it addresses the differential recognition between Jews and non-Jews, which is a power source for Jews. He talked about how young people, who do not have decades of identification with a particular ideology, tend to be more open-minded to new ideas, and the memes that Mr. Anglin deals in have been particularly effective in communicating those new ideas.

This is a fun and interesting show that you will want to share widely.