Commentary by Dr. Patrick Slattery — Surely the type of monstrous behavior that has been so widely reported in Europe cannot be this blatant in Syria and other Muslim countries. But of course, in Muslim countries you have men and women, old and young, good and bad — the complete demographics that you would expect anywhere, albeit not necessarily in the same proportion.

What we are witnessing goes beyond the Islamization of Europe. It is the jihadic rape of Europe. As was obvious last summer, the vast bulk of the “refugees” were young men. As has been widely reported, even most of those who claim to be coming from Syria are not in fact Syrian.

While there is no doubt a great deal of “diversity” in these young men and their motives for coming, clearly many are simply looking for better economic opportunities. Even those coming from the ISIS war zone include countless fighters who want to spread the jihad to the European continent. And with Russia successfully helping the Syrian government turn the tide of the war, more and more ISIS fighters, the vast majority of whom are not from Syria in the first place, will be redirecting their struggle towards Europe.

The only thing that is in doubt is whether the Europeans will stand up for themselves in time to avoid complete catastrophe.

A GANG of migrant men sexually assaulted German women at a historic swimming bath, it has been claimed. 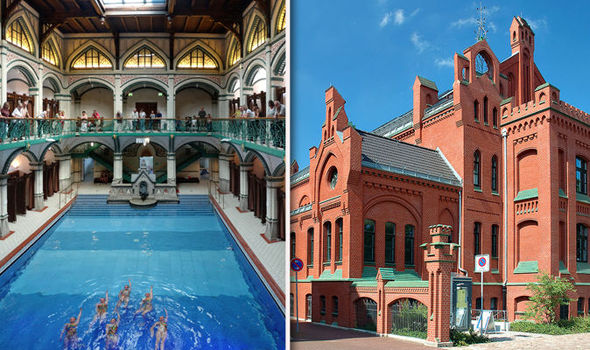 Migrants (not shown) assaulted women at a swimming pool, according to reports
Other migrants were caught “emptying their bowels” in the children’s pool and masturbating in a hot tub, according to reports. They are thought to have been caught on CCTV before laughing at pool staff when challenged about their behaviour.Following the allegations, the historic Johannisbad baths in Zwickau, Saxony has banned migrants from the premises until further notice.
Civil servant Rainer Kallweit is believed to have made the disturbing claims in a leaked internal memo. According to Breitbart London, he said: “An asylum seeker has masturbated in the hot tub and ejaculated into the basin.”This is also recorded on the surveillance camera.” 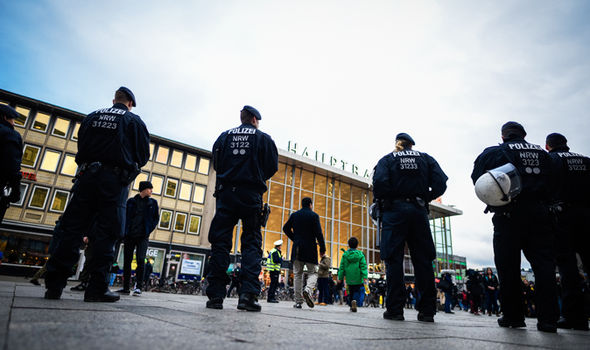 Cologne was rocked by a string of sex attacks last month
Mr Kallweit also alleged that “eight foreign men” harassed locals in the sauna, the website added. He is quoted as saying: “Furthermore, the lifeguards have to protect women and girls from the asylum seekers. Young men wanted to forcibly penetrate the female changing room.”Several asylum seekers were reportedly arrested in connection with the claims, but have since been released. 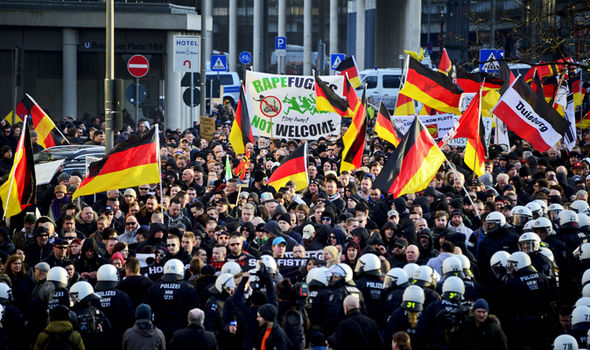 PEGIDA activists protest in the wake of the Cologne attacks

Police in the city of Cologne have launched a probe into a string of alleged sexual abuse by migrants on New Year’s Eve.More than 500 women said they were assaulted, raped and robbed on December 31 after the mob went on the rampage.Yesterday the Muslim group MuslimStern brazenly called for Germany to ban alcohol, claiming it “leads to rapes”.