Dr. David Duke described the debate over the nuclear deal reached with Iran as a two factions of Jewish supremacists each trying to maximize their conception of Jewish interests. Israeli PM Netanyahu has lined up his paid henchmen in Congress to undermine the agreement, which thwarts his designs for a war with Iran, but the deal itself was negotiated by the very Zio-dominated State Department. Dr. Duke points out that another faction of Jewish supremacists do not want a war with Iran because it would detract from the currently very successful course that world Jewry is on in terms of building economic and political power across the globe. 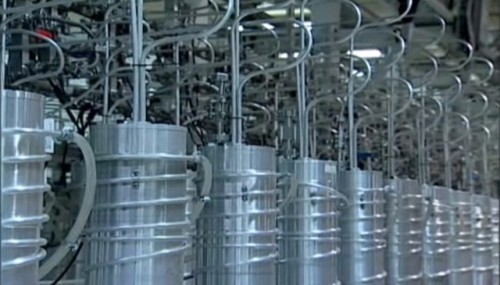 Dr. Slattery then joins the show and points out the trechery of the Republican presidential candidates falling over themselves for position in the Sheldon Adelson primary. These candidates, and the bulk of Congress, are siding with the big money of the crazy faction of Jewish supremacism, that wants war with Iran at any cost, provided the cost is born by the U.S. taxpayer! Dr. Duke points out that the deal was negotiated with a literal gun to Iran’s head in the form of a threat of war, and that the deal is very bad for Iran and cripples their efforts at building an independent nuclear power industry.

This show is a homerun derby if there ever was one. Please spread it far and wide.

Here’s the new video.. Be sure to put your mouse pointer at the title on the top of the video and click! so you can go direct to YouTube to rate and comment and share the video!

Dr. Duke in Buenos Airies on TV with Adrian Salbuchi.