Now available on the Rense Radio Network archive: Hear Dr. David Duke talk expounds on the Martin Brown shooting. He exposes the real racism by showing clearly that the truth is that whites are far more likely to be shot and killed by police officers than are blacks. 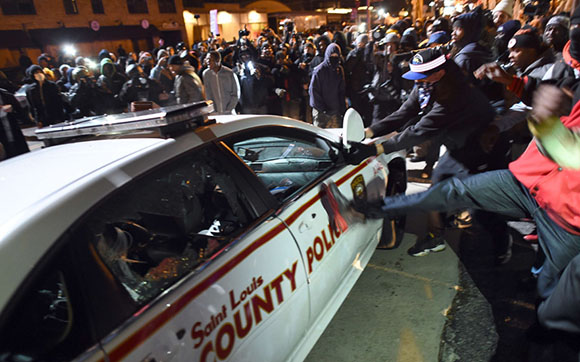 The truth is that if there is bias concerning police shooting is dramatically more prevalent against Whites than Blacks.

He also shows in this article how the Jewish dominated media lies to both Blacks and Whites about this reality and they do so to continue their divide and conquer scenario.

Dr. Patrick Slattery and Don Black join David Duke in a spirited and revealing discussion you don’t want to miss.

And Don Black and David Duke reveal a “Don Black Friday” starting immediately of an offer of the new book, The Mutiny of the Elsinore, with the David Duke preface.

This book can take care of most of your Christmas shopping with a great gift that is beautiful and important for the awakening of your friends and family!

Next Post Jewish Supremacist “Refugee” Hypocrisy: Yes in America, No in Israel