Predictably, Illinois Governor Bruce Rauner, who earlier this week refused to label David Duke as a racist, has folded under pressure and denounced our good doctor. Meanwhile, anti-white discrimination is rampant in Illinois and across the country. Thanks to affirmative action hiring policies in the Federal government over the past decades, Chicago postal workers are overwhelmingly black, with more qualified white applicants routinely denied. At Harvard, the Freshman class has more blacks that non-Jewish whites. 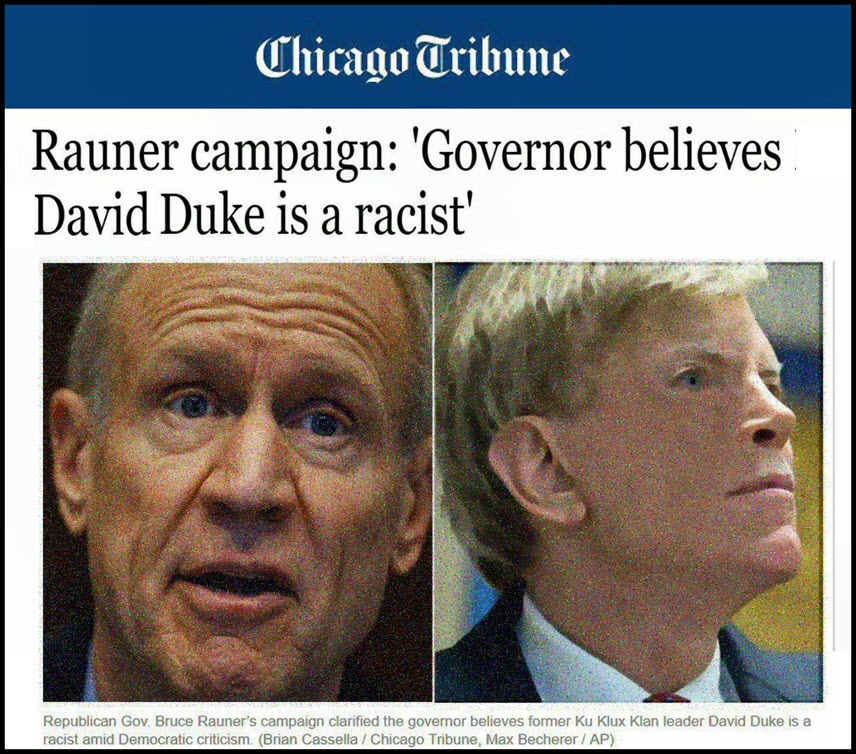 Then Dr. Duke and Dr. Slattery discussed the real truth about what is going on in this country, with a hostile and predominantly Jewish ruling elite openly replacing the white majority in this country in order to prevent any challenge to Jewish domination from an white population that would assert its ethnic interests.