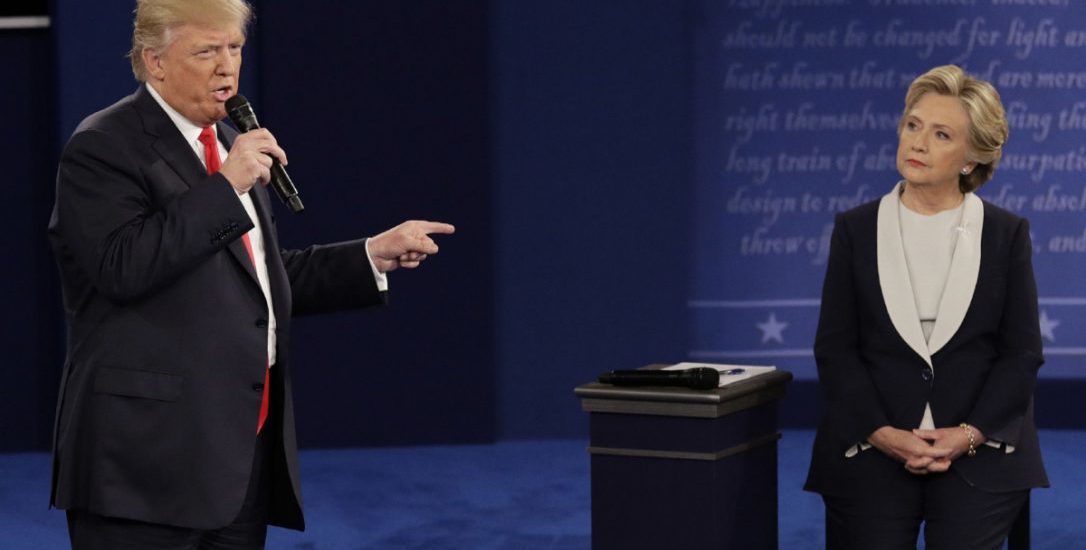 By Dr. Patrick Slattery — I have watched all the debates since August 2016, and this was absolutely his best performance. Now that The Donald knows how to prepare, he should be able to close this deal with the American voters.

When I wrote my summary of the VP debate last week, I gave Pence high marks for style, but acknowledged that substance-wise he was pretty much a typical cuckservative. Donald both projected strength and confidence, which is all most voters will take away from this, but also was the best he has ever been on the issues.

The highlight in terms of substance was when he rejected Pence’s call for a no-fly zone over Syria, and with only perfunctory vilification of Syria and Iran and no vilification of Russia declared that these were the countries that were defeating ISIS, and made the obvious point that you can’t fight ISIS while fighting the Syrian government.

I was really surprised that Hillary tried to shame Trump with the Grabocaust issue. The media has talked about nothing but Trump’s kissy grabby for the past 48 hours. Everyone knows about it. It was 100% certain there would be multiple questions about it. Hillary could have just said something like “Everyone heard the tape and can judge for themselves.” Had she done that, then Trump would have seemed vicious to raise Bill’s serial raping and her role in harassing his victims to cover it up, but instead she had to go on her own personal tirade against him. This made her completely fair game for Trump, who went so far as inviting some of Bill’s more famous victims to the event as his guests. 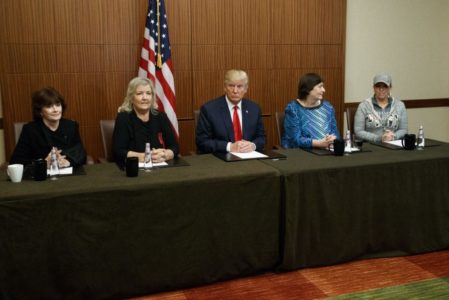 Trump drew considerable blood with Hillary’s emails, knowing that Sanders was completely wrong in his proclamation that “everyone is tired of your damn emails.” Trump pointed out that she acted illegally in deleting 33,000 emails after they had been subpoenaed, pointed out that she has been lying about their not containing classified information.

He even pointed out that if he had been President, Captain Khan would be alive today, whereas Hillary shared the responsibility for his death. This is a point I (and no doubt others) have made repeatedly, and it seems that we are being listened to.

Unlike last time, Trump did not pass on very many opportunities. He could have raised her leaked email explicitly calling for open borders, but you can’t have everything. Clinton gave her usual spiel about celebrating diversity and protecting gay marriage, and Trump didn’t go after that, which probably made sense. Basically, Trump used his time extremely efficiently and drew so much blood that I wouldn’t have been surprised if he just keeled over on the stage. I am sure she is screaming at any hapless minion who gets in her way as I write this article.

In summation, I just want to say thank you to Donald Trump for doing what no one else could do in terms of doing an end run around the Jewish gatekeepers of our elections and standing strong and not backing down or cucking out.

Previous Post Slattery on RBN: Cuck response to Trump Grabocaust “is the most retarded thing I’ve ever heard”

Next Post Dr. Duke & Mr. Shoaf: Donald Trump Destroys Hillary in Debate unlike any other in American History!