With Europe and America at a Tipping Point – Dr. Duke Says Any Collaboration with the Jewish Establishment is Treason!

Today Dr. Duke was really on fire! He made the point that the only way forward is to wake up to the reality that society is dominated by Jewish tribal supremacists. He added that anyone offering himself as an advocate for the white population who is too timid to talk about Jewish power is misdirecting us and is part of the problem. We cannot free ourselves from Jewish power without recognizing it. 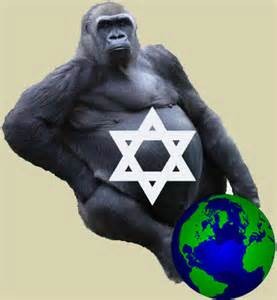 Dr. Slattery joined the show and made the point that although he is tired of talking about Jews all the time, because Jewish power is based on the ability to prevent the discussion of Jewish power, the only way forward is to talk about Jews. He insisted that once we can openly talk about how Jews took over society, we can get our country back.

This is an important show that you will need to share with your friends going into the weekend.

Previous Post The Arab Spring reported and misreported: foreign intervention in Libya and the last days of Gaddafi: Zio-Watch, April 21, 2016

Next Post If you want to vote for Trump in Pennsylvania, you MUST have this information