Today Dr. Duke had British author Andy Hitchcock as his guest. Dr. Duke started the show by providing an insightful historical background so the Syrian situation that only he could give. He made the case that what we are hearing from the Zio fake news media is yet another in a history of hoaxes going back over 100 years in order to drag us into wars for Jewish interests. He made it clear that it is we who are the true champions of human rights. 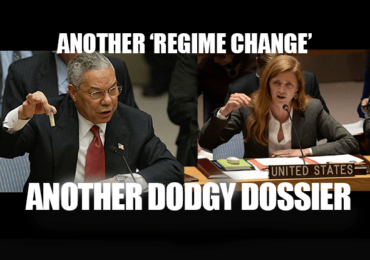 Then Andy Hitchcock chimed in with his own insights and examples, such as the fact that the Israelis, who are supposed to be our best friends forever, have openly admitted supporting al Qaeda and ISIS, facts that are covered up by the U.S.-based Zio media. Moreover, when they murder Americans like Rachel Corey, whose birthday would have been tomorrow, U.S. Presidents fail to utter the meekest protests.

This show is a great example of how important Dr. Duke’s voice is to our movement. He has the wisdom that comes with a half century of struggle on behalf of our people and all of humanity. Please share it widely. And please keep us on the air and on-line. Please visit our contribution page or send your contribution to:

Next Post Trump, don’t do anything retarded in Syria! — With Mark Collett