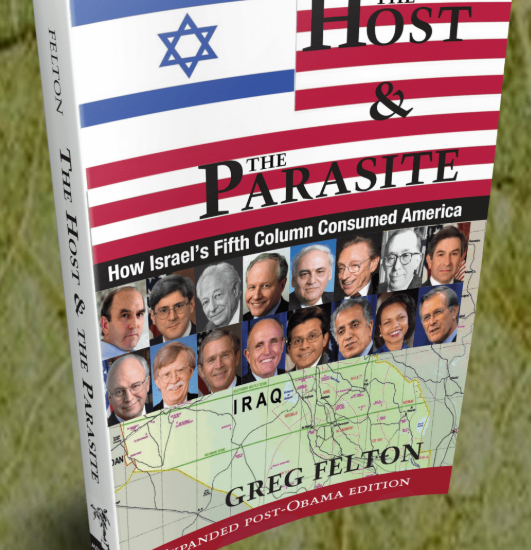 This is a special extended version of the May 20th David Duke Radio Show. In a spirited debate, Dr. David Duke and Zionist Critic Greg Felton dive into Zionist power in America and around the world and the Zionist crimes against the Palestinians. On that they agree, but have a sharp disagreement on the nature of that movement. Felton argues that there really is no such thing as the Jewish people and that the Jewish racist supremacism that dominates Judaism has nothing to do with worldwide Zionism today. Dr. Duke argues that you cannot understand, Zionism, Jewish globalist power without understanding the ethnic and supremacist values that have driven the Jewish supremacy in global media, political influence and the crimes of Israel.

Dr. Duke argues that Jews are related genetically, and certainly driven by a religious and a secular ethnic tribalism that is global in scope.

Dr. Duke proves his point of Jewish tribal solidarity in organizations that the Jewish Council of Presidents of Major Jewish Organizations, which unites the 50 most powerful Jewish organizations of America unabashedly dedicated to the interests and agenda of the Jewish people.

Some are religious, some not, every one, including the religious organizations are openly dedicated to the “Jewish people, Jewish heritage and what they call the Jewish agenda. They defines as Jews which at its roots is their ethnicity, race, genealogy. They don’t demand religious orthodoxy but loyalty to the Jewish people as a unique and organized people who stand for what they see as their common geopolitical interests.

Interestingly, the Jewish religion doesn’t even demand adherence to belief in God even among their rabbis. I have Jewish researches who claim that about half of even the Jews who are members of synagogues, don’t believe in God.

Secular Jews in Israel let the Jewish religion set the rules for marriage, because the rules are essentially about preserving the Jewish race. Although religious institutions set the laws of legal marriage in Israel, they do not demand Jewish marriage partner be religious, and any religious Jew can marry a non-religious or even anti-religious, atheist Jew — and of course vice versa! Their ultimate determinate of marriage is then not their religious affiliation but that they are a Jew, which they determine by their genealogy not their religious view.

Anyone who reads the mission statements of Jewish organizations For instance, in Israel  and around the world Jews are defined ethnic and racial terms. They are part of global network of Jewish groups worth billions of dollars and are networked with other Jewish organizations, Jewish media bosses and the state of Israel to advance a clearly JEWISH AGENDA for the JEWISH PEOPLE.

Duke asks, “Why can’t we acknowledge this fact and organize to defend the interests and freedoms and well-being of the 99.8 percent of humanity Rather than bowing to Jewish Supremacy, exploitation and war? 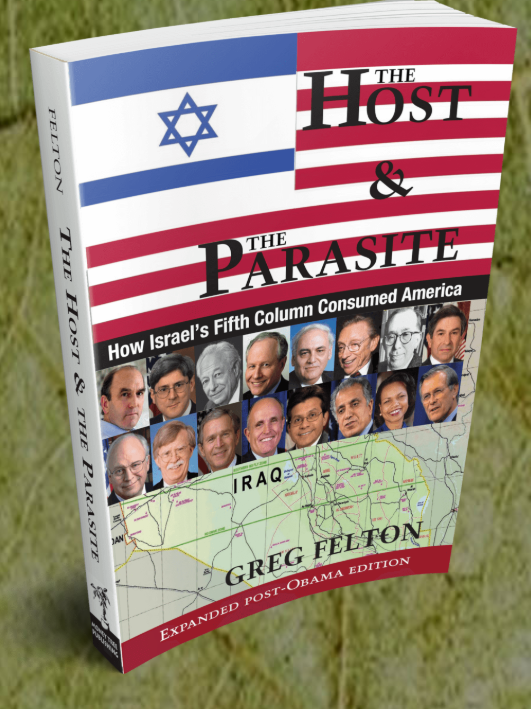 Have you subscribed to Dr. Duke’s Gab channel? If you haven’t, you really should. Also, he has a telegram channel. Be sure to check out Dr. Duke’s Bitchute and BRAND NEW Odysee acounts. Here are a couple of recent videos: Dr Duke & Dr Slattery Respond to Attack by HBO and John Oliver on David Duke and Tucker Carlson (odysee.com) ZioMedia Incites massive violence against White people in America (odysee.com)

Next Post Dr Duke & Mark Collett – Expose the clear fact that Zionism is a threat against Palestinians & all people, including Europeans & Americans!