Dr. David Duke remains at the center of the media storm over Rep. Steve Scalise, with one of the more prominent media appearances–among a great many–being a heavily-biased interview with Fox News’s Bill O’Reilly on the O’Reilly Factor yesterday.

Despite being continually interrupted, cut off, and smeared continuously with pre-arranged subtitles, Dr. Duke more than held his own, scoring many major points off O’Reilly, who at one stage even claimed not to know what “European heritage” even meant!

The full video can be seen below.

The most important lesson to be learned from this appearance is that the Zio-controlled media is absolutely relentless in its promotion of hatred against European-Americans.

But as soon as anyone from a European-American standpoint is interviewed–which is hardly ever, of course–then the full rage, spite and hatred of the Zio-media watchdogs emerge: it is perfectly acceptable to promote any group’s interests–except that of European-Americans. 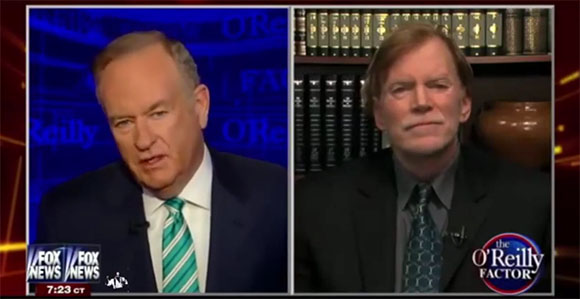 If that does not tell the viewers all they need to know about the Zio-media’s bias, than nothing will!  This is obvious to all objective observers, of any race or ethnicity!

Dr. Duke has made it plain, time and time again, that he stands up for the interests of European Americans–but not at the expense of any other group or ethnicity. In his broadcasts, writings, speeches, public appearances, and even his legislative record when an elected representative, Dr. Duke always advocated non-discrimination and equality for all.

What the Zio-media really hates is the fact that Dr. Duke also advocates equality for European-Americans, and is a firm, unwavering and steadfast opponent of Jewish Supremacist racism, which dominates the media, the government, and US foreign policy, and which is the single greatest threat to the entire world.

Next Post Hear Dr. David Duke and Dr. Slattery on the Zio Media Avalanche of Attacks on Dr. Duke and Rep. Steve Scalise