Dr. Duke informed his listeners that he is producing a new video on the Zio Media flavor of the month, Ben Carson, who insists he spent his childhood stabbing relatives and being recruited by top brass at the Pentagon. 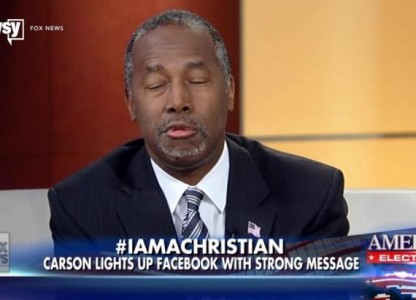 “Dr. Carson, how can you sleep at night after lying about your past?”
“No problem, I just don’t wake up during the day.”

Dr. Duke then brought on Germar Rudolf, a researcher who uncovered evidence at odds with certain aspects of the Holocaust gospel. He was imprisoned for four and a half years after a trial at which discussion of the veracity of his evidence was forbidden. Mr. Rudolf has had to leave Germany, which is a good thing for Chancelor Angela Merkel, as it frees up more space for “migrants” fleeing the chaos that her Zionist overlords have created.