Today Dr. Duke opened the show by praising Donald Trump’s performance at yesterday’s press conference, and urged his listeners to send a postcard to the White House in support of Donald Trump in his battle against the Jewish media and power elite. 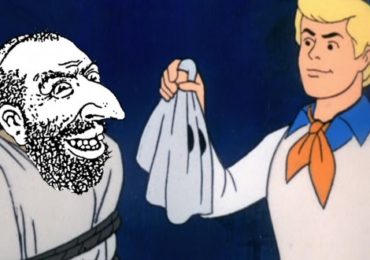 He then brought on British author and activist Mark Collett. They talked about the Jewish deep state in both the United States and the United Kingdom. Mr. Collett also raised the issue of the promotion of unhealthy role models by the media, such as Miley Cirus and Nikki Minaj.

This was a fun and fast-paced show that you will want to share with your friends.

Previous Post Blacks should get free tuition and housing without working or studying because of “slavery ‘n sh*t.”®

Next Post Why Do Jews Rage Against a “One-State Solution”?