Today Dr. Duke and British author and activist Mark Collett had a conversation about the appropriation of language by Jews to fit their agenda. As an example, they talked about how the word gay, which used to mean happy, has been transformed into a vehicle for promoting homosexual activity. They also talked about how the word “racist” has become such a dreaded moniker that police in Britain allowed a horrific “grooming” (drugging young girls to use them as sex slaves) practice to flourish for fear of being called racist for arresting the Muslim perpetrators. 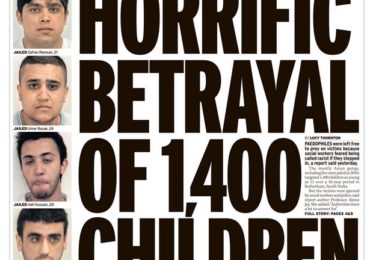 They went into details of how Britain and the United States are being transformed without the consent of the majority of the population into entities that are dedicated to the destruction of the majority populations.

Previous Post Dr. Duke and Eric Striker: Why the Zio-Media is Silent on Black Professor Who Says Emergency Techs Should let White A—Holes like Scalise Die!

Next Post Was Otto Warmbier an American Student or an Israeli Spy? — by Gilad Atzmon