Dr. Duke broadcasts the show from Mexico. He brings on as his first guest Lady Michele Renouf from Great Britain. They discuss the international conference that they attended which featured the work of Dr. Salvador Borrego, the author of “Defeat of the World.” The 100-year-old Borrego addressed the conference, and argued that the defeat of Germany in WWII represented a defeat of the whole world, as it gave half of Europe to the Bolsheviks. He contended that Churchill bombed German civilian areas specifically in order to provoke a reprisal from Hitler that would serve to unite Britain in an anti-German war effort. 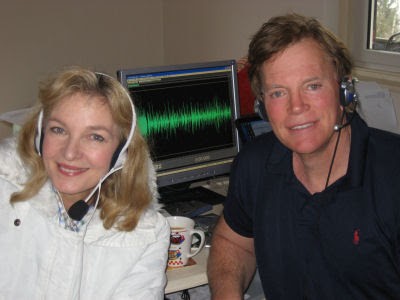 Fernando Cortes, a Mexican nationalist activist, joined the show voiced appreciation for European American patriots. He contends that massive migration from Mexico to America is poisonous to both societies. He explained that emigration represents the abandonment of Mexico by so many able-bodied workers who would be much more valuable to their motherland if they stayed and worked to build a better future. He indicated that it creates an atmosphere of defeatism within the Mexican people, leading them to believe that the only path to success leads across the Rio Grande. He said that the governments of both countries are complicit in this massive demographic transformation that is occurring on the North American continent.

Dr. Duke voiced his amazement at the level of appreciation shown at the conference by Mexicans and other Latin Americans for the situation of Europeans and people of European descent in the United States. He said that people in Latin America who are aware of the Zionist threat to all the peoples of the world should be the allies of American patriots, emphasizing that we don’t have to live together in order to work together for a brighter, freer future.

This is a powerful show to share with anyone that needs to be reminded that we are not alone in this struggle.