Today Dr. Duke discussed the new reports by Fox News that the source of the leaked (not hacked, but leaked) Clinton emails on Wikileaks was indeed Seth Rich. Dr. Duke had been speculating since last year that the DNC staffer was likely the source of the leak. Rich, who hails from a very prominent Jewish family in Omaha, apparently was motivated by his support for Bernie Sanders, who was still in a tight race with Hillary Clinton last May when Rich passed the emails to an investigative reporter. Among other revelations, the emails made it clear that the DNC was colluding with the Clinton campaign to rig the nomination process in her favor. 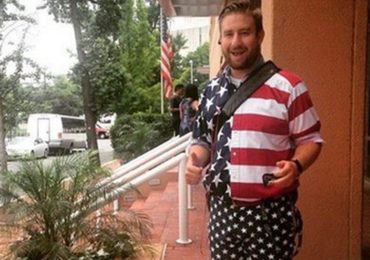 Dr. Duke brought on Reverend Mark Dankof and Dr. Slattery to discuss this and related matters. Reverend Dankof brought up a brand new article from the Times of Israel quoting an Israeli cabinet minister publicly calling for the assassination of President Assad of Syria. The minister went on to imply that with Assad out of the way the “head of the snake,” i.e. Iran, could be attacked.

Next Post Israeli minister: ‘The time has come’ to kill Bashar Assad