Download
Today Dr. Duke and Daily Stormer journalist Eric Striker discussed the massive Jewish influence in the Trump administration and the Jewish responsibility for the completely unnecessary cold war with Russia. Mr. Striker pointed out that the reason for the anti-Russian foreign policy of the United States makes absolutely no sense unless you understand that Jews are hostile to Russians as a people because of their view that Russians are anti-Semitic. 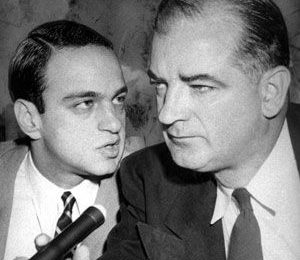 Dr. Duke also discussed the parallels between the role of Kushner and his Jewish cohorts in the “Russian election meddling” pseudo-scandal and the homosexual Jew Roy Cohn’s role in destroying Senator Joseph McCarthy’s confronting Jewish communists in the 1950’s.

Next Post Jewish Supremacists, Homosexuality and Divide and Conquer