Dr Duke & Dr Slattery: Prez Trump Keep Your American First Promises or We Will Support Rand Paul as Our Next President!

Today Dr. Duke and Dr. Slattery had a discussion on the unraveling of the Zio media’s fake narrative of a chemical weapons attack in Syria. The Robert Fisk report that Dr. Duke raised in yesterday’s show is getting more an more attention. Even Senator Rand Paul has come out and said that if Syrian President (and fellow opthomologist) Assad was behind the attack it would make him the world’s stupidest dictator. 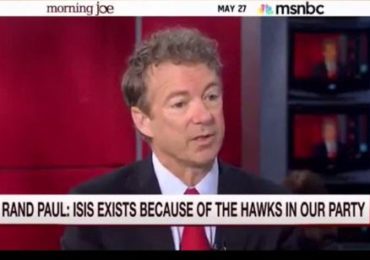 While Dr. Duke took exception with Senator Paul’s depiction of Assad as a “dictator,” he praised Paul for speaking out forcefully and with principle against the Zio neocon foreign policy that Trump has adopted, and threatened President Trump with the prospect of an Alt-Right uniting behind Senator Paul in a 2020 Republican Presidential Primary.