Today Dr. Duke addressed the on-going manufacturing of a pretext in Syria designed to take America into a war in Syria against Iran and Russia in support of Zionist-sponsored ISIS. In a background article on Syria, CNN used a slideshow of pictures of supposedly dead and dying children to condition readers to accept such a war, even though there is not a shred of evidence that Syrian President Assad has used chemical weapons and there is a ton of evidence produced by the likes of Seymour Hersh and MIT Professor Theodore Postal to the contrary. 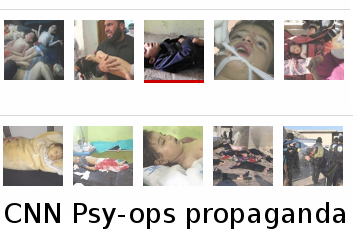 Then Dr. Duke and Dr. Slattery played the audio from a CNN report supposedly providing the background for the Syrian conflict, and went through it point by point demonstrating that virtually everything CNN claimed was a lie. No wonder they have become the poster child of fake news!

Previous Post Dr. Seuss’s moose woke up in time. Will we?